Greetings from the IPSI Secretariat in Tokyo, Japan.

With the days getting longer, trees having fresh leaves and birds singing beautifully, it is truly a nice time of the year in Tokyo despite the fact that we are under a third State of Emergency due to the COVID-19 pandemic right now. It is our greatest hope that you and your friends and family are staying safe and healthy in this difficult time.

Although we hope to see a light at the end of the tunnel soon, IPSI and its members continue to stay active in a wide variety of projects and activities towards “societies in harmony with nature”, including active participation in the series of ongoing CBD related sessions for the development of the Post-2020 Global Biodiversity Framework (GBF).

This month’s newsletter contains a message on International Day of Biological Diversity 2021, updates from recent IPSI activities, updates on events, a pre-announcement for the Satoyama Development Mechanism (SDM) 2021, plus an introduction of a case study from the Taiwan Landscape Environment Association.

As always, please feel free to contact us to submit any new case studies or other information about your activities, or if you have any questions or comments.

Every May 22, the world celebrates all life on our planet on the International Day of Biological Diversity. The overarching theme for Biodiversity Day 2021 is “We’re part of the solution.” Amidst the ongoing challenges of the COVID 19 pandemic and accelerating biodiversity loss, this message acutely reminds us that we all have the responsibility and creativity to build back better. On June 5, World Environment Day this year will mark the official launch of the United Nations Decade of Ecosystem Restoration, while World Oceans Day on June 8 will celebrate “The Ocean: Our Life and Livelihoods.” More than ever, people and their contributions to nature are at the heart of global actions for sustainable futures.

Despite these difficult times, IPSI and our members are working relentlessly with our communities to bring about actions and consolidate knowledge in improving their socio-ecological production landscapes and seascapes (SEPLS) through sustainable use. Over a decade of our work has continually demonstrated how people from all walks of life, including indigenous peoples and local communities (IPLCs), live in harmony with nature while fulfilling their aspirations and livelihoods. These experiences on how applying SEPLS approaches can restore, rehabilitate, and rejuvenate degraded environments to biodiversity-rich areas provide solutions to the challenges we face today and a more resilient tomorrow.

The IPSI Secretariat celebrates Biodiversity Day, World Environment Day and World Oceans Day by sharing pictures of us in nature to reaffirm our commitment to nature! We invite IPSI members to send us a picture of yourself in nature or with biodiversity, along with a short message of how you can be a part of the solution. Please send the picture with your name, IPSI organization name, and your message to isi@unu.edu by June 1. We will share these messages on our IPSI website and other social media platforms in early June. 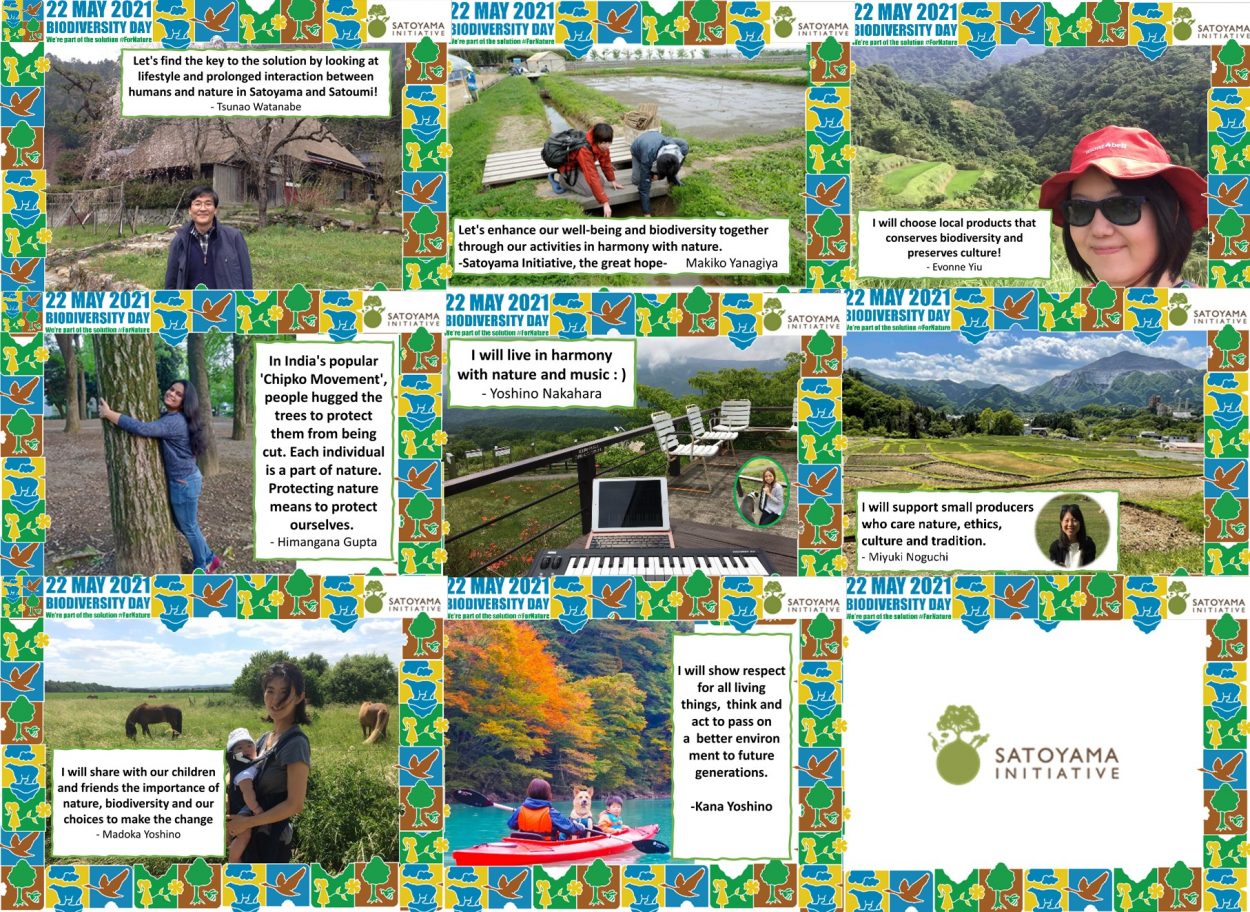 IPSI has been actively participating in the 24th meeting of the Subsidiary Body on Scientific, Technical and Technological Advice (SBSTTA) of the Convention on Biological Diversity (CBD) that kicked off virtually on 3rd May 2021.

So far, the discussions at SBSTTA-24 have centred around the post-2020 global biodiversity framework (GBF), marine and coastal biodiversity, and Programme of work of the Intergovernmental Science-Policy Platform on Biodiversity and Ecosystem Services (IPBES). These agenda items were presented during the plenary, while further closed negotiations were carried out during the contact group meetings. The interventions by Parties on post-2020 GBF focused on the implementation of the monitoring framework and addition of more concrete indicators related to indigenous peoples’, marine and coastal ecosystems, climate change, urban biodiversity, nature and culture/people, people’s needs, capacity building, and finance. On the agenda 6 item on Coastal and Marine biodiversity, discussions heavily centred around the issue of Ecologically or Biologically Significant Marine Areas (EBSAs). Parties called for more emphasis on rising ocean challenges including vulnerable coastal and marine ecosystems, climate change, marine pollution including plastics and noise, as well as deep sea issues etc. On agenda item 8 on the programme of work of the IPBES, Parties highlighted the importance of IPBES reports in the context of existing emerging issues linked to biodiversity, including transformative change, biodiversity, invasive alien species, and health. It was suggested to further improve the policy relevance of the IPBES reports and that the findings are translated to relevant CBD decisions. As an observer organisation, the IPSI, headquartered at UNU-IAS, submitted its statement on agenda items 3 (post-2020 GBF) and 6 (marine and coastal biodiversity).

Further details of our event report: The complete statements of IPSI, UNU-IAS and other information are available on the CBD website here.

The Biodiversity Mainstreaming Task Force of the Regional Office for Asia and the Pacific of the Food and Agriculture Organization of the United Nations (FAO-RAP) will be organizing a virtual event to commemorate “International Day of Biodiversity – We’re part of the solution”, on 21 May 2021, from 14:00 to 15:30 (Bangkok time).

Building on the discussions of FAO’s Regional Consultative Meeting on Biodiversity Mainstreaming across Agricultural Sectors, held in Bangkok in July 2019, the event will gather active partners to explore innovative ideas and new directions for mainstreaming biodiversity across agricultural sectors in Asia and the Pacific. Dr. Evonne Yiu will also be speaking to represent IPSI.

The registration to obtain the Zoom link can be done through the link here. 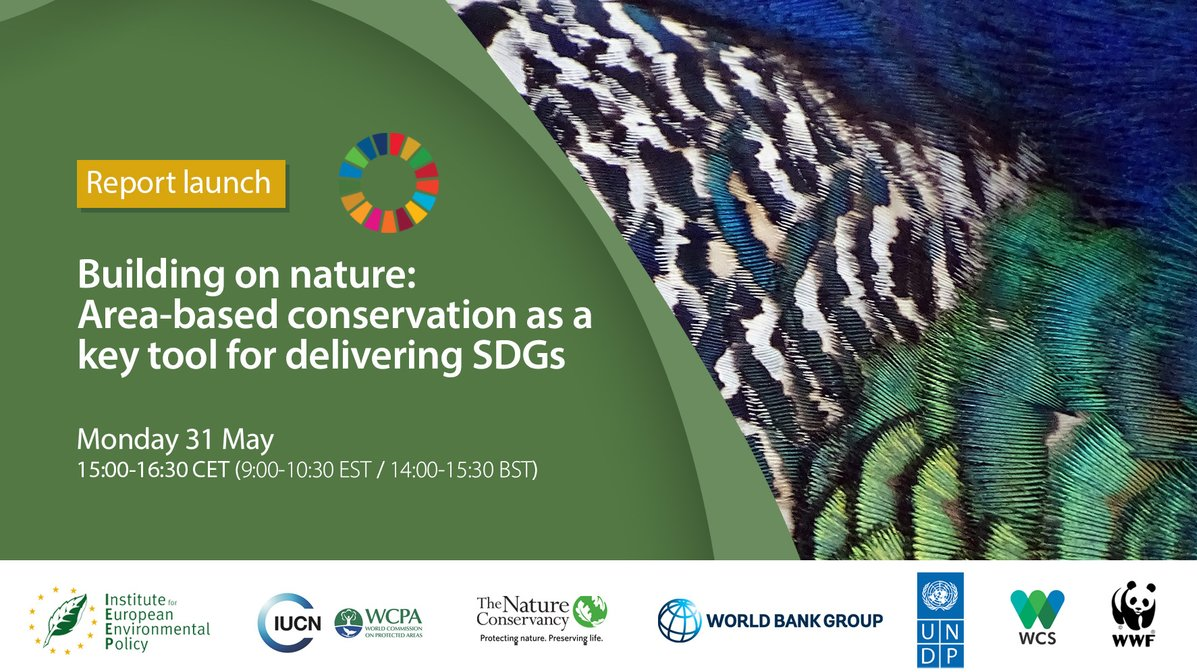 The Institute for European Environmental Policy (IEEP) and other international organisations will organise an online event titled “Building on nature: Area-based conservation as a key tool for delivering SDGs” on 31 May at 15:00-16:30 (CET). This event will mark the launch of a pioneering, action-oriented guidance demonstrating how area-based conservation can help to deliver the Sustainable Development Goals (SDGs) across the world. The guidance features 30 detailed case studies including an IPSI case study on the adaptation to climate change through community-led conservation in Indonesia, which was conducted under the COMDEKS project and also appeared in the Satoyama Initiative Thematic Review (SITR) vol.4. 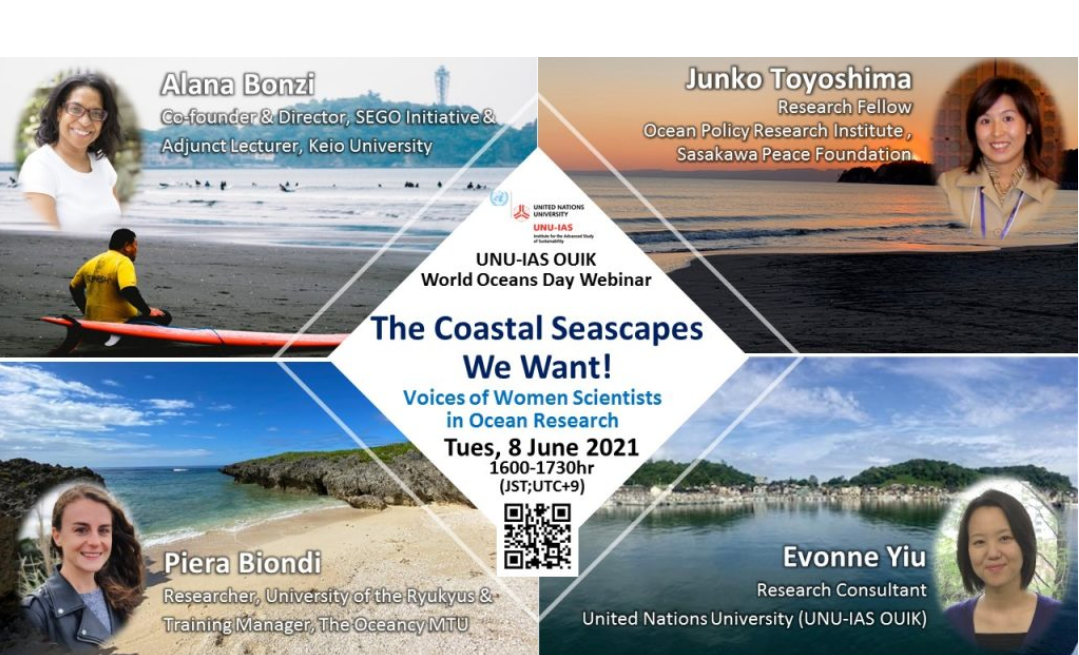 To commemorate World Oceans Day 2021 as well as the UN Decade of Ocean Science for Sustainable Development, UNU-IAS Operating Unit Ishikawa, Kanazawa (OUIK) will organise a webinar to commemorate this occasion on 8 June 2021 from 16:00 – 17:30 JST. The theme for this webinar will be “The Coastal Seascapes We Want – Voices of Women Scientists in Ocean Research” and will bring together women scientists and ocean activists of different nationalities who base their research in Japan, including Dr. Evonne Yiu of IPSI Secretariat. They will share their passion for the ocean and experiences working on ocean-related research, particularly conserving coastal seascapes, their biodiversity, and related livelihoods. The webinar also intends to call for diverse expertise and a holistic understanding of the ocean, including greater emphasis on social sciences and focus on coastal seascapes, to address the UN Ocean Decade of Ocean Science’s call for “The Science We Need For The Ocean We Want”.

Please note that this event will be held in English only, and no interpretation will be provided.

A webinar titled “Cultural Landscapes: Old and New Challenges for Sustainability” was held online on 13 May 2021 by Multidisciplinary Digital Publishing Institute (MDPI). In response to the recent land use trends of abandonment and intensification, which have in turn significantly affected biodiversity, ecosystem functions and human well-being, this webinar explored how scientific information in combination with traditional and local knowledge can contribute to sustainable solutions to the multiple challenges for cultural landscapes. From the IPSI Secretariat, Dr. Maiko Nishi talked about a decade’s effort of the Satoyama Initiative in working with diverse stakeholders through the IPSI, linking the concept and approaches of socio-ecological production landscapes and seascapes (SEPLS) to cultural landscapes. She also explored challenges and opportunities for further work of the Initiative.

For more information, including a video recording, please see the MDPI website here.

A symposium to mark the International Day for Biological Diversity (IDB) 2021 was held online on 20 May 2021, with the theme “We’re part of the solution #ForNature”. This was co-organised by UNU-IAS, host of the IPSI Secretariat, the Ministry of the Environment of Japan, and the Global Environment Outreach Centre (GEOC), with the support of the Japan Committee for United Nations Decade on Biodiversity. It featured the latest updates on developing the post-2020 Global Biodiversity Framework and initiatives undertaken in Japan. In the panel discussion, the IPSI Secretariat’s Dr. Maiko Nishi provided insights on ways to “be a part of the solution #ForNature.”

The Satoyama Development Mechanism (SDM) is an IPSI collaborative activity jointly established by the Ministry of the Environment, Japan, the Institute for Global Environmental Strategies (IGES), and UNU-IAS, host of the IPSI Secretariat, in 2013 to facilitate the implementation of activities under IPSI. It provides grants to selected IPSI members each year for implementation of on-the-ground projects, meetings and workshops, research activities, and others. The SDM secretariat would like to share with IPSI members that they are currently preparing its Call for Proposals for SDM’s 2021 round of funding, which is expected to be sent out around mid-June. All IPSI members are welcome to submit applications once the Call for Proposals is sent out.

Please keep an eye out for announcements from the IPSI Secretariat in email to members, this newsletter, the IPSI website, and the SDM website. 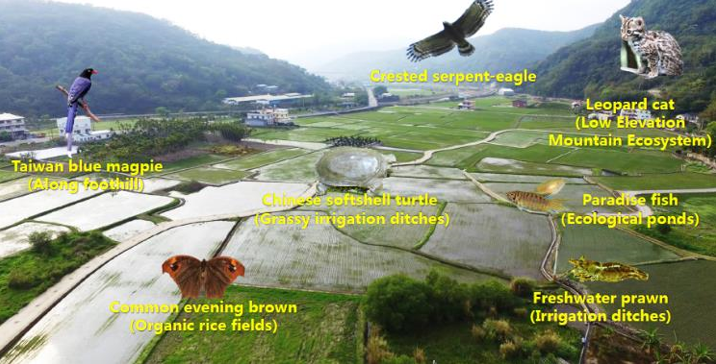 We are pleased this month to share a case study from the Taiwan Landscape Environment Association (TLEA) in Chinese Taipei, titled “Linking biodiversity conservation, green production and local mutual trust in a SEPL(S)”.

This case study highlights rehabilitation of farmland ecosystem in the Liyu community in Chinese Taipei, where rich biodiversity is retained and people have shifted from conventional farming practices to more environmentally friendly and ethical practices since 2013. According to the case study, farmers have implemented several practices such as making good use of excess water resources in rice paddy to control rice blast diseases, introducing biological pest control against Golden Apple Snail (GAS) which threats food production and decreases income, and using Azolla as a green manure in rice cultivation, among others.

As a result of such practices and long-term ecological monitoring, the study presented that “organic/eco-farming rice fields support the higher species richness and abundance in various taxonomic groups (e.g., aquatic species)”, and also that environmental education and recreation in those fields strengthens community unity and enhances human well-being. Moreover, with establishing a cross-sectoral platform, responsible production and consumption (e.g., Participatory Guarantee System) and green production chain, which urge economic drivers to purse the SDGs, have been facilitated.