Greetings from the IPSI Secretariat in Tokyo, Japan. IPSI and its members continue to stay active in a wide variety of projects and activities related to landscape and seascape approaches towards “societies in harmony with nature”, even during the ongoing COVID-19 pandemic. It is our greatest hope that you and your friends and family are staying safe and healthy during this difficult time.

In this month’s newsletter we are happy to announce that we are welcoming a new Director of the IPSI Secretariat. The newsletter also contains an announcement of an upcoming UN High-Level Political Forum side event, and a report from the recent IPSI Case Study Workshop, which was held online due to the pandemic. We are also sharing notifications of peer review documents for the upcoming SBSTTA 24 and of the external review of the IPBES transformative change assessment draft scoping report, and news of a new book on geography, transdisciplinarity, and sustainability. Finally we have introductions to one of IPSI’s newest members, VICAM based in Argentina, and an IPSI case study from Shumei International on their work in the Philippines.

As always, please feel free to contact us to submit any new case studies or other information about your activities, or if you have any questions or comments.
IPSI Secretariat

The IPSI Secretariat has recently undergone some important staffing changes.

First, a new Director of the IPSI Secretariat, Dr. Akio Takemoto, has been appointed. We hope you will join us in welcoming Dr. Takemoto to his new position, as we look forward to further developing the partnership and its activities under his leadership. Dr. Takemoto is Programme Head at UNU-IAS in Tokyo. From January 2018 to January 2020, he served as Senior Environmental Specialist at Global Environmental Facility (GEF) in charge of management of the GEF programs in Climate Change and Chemicals & Waste focal areas. From July 2017 to January 2018, he served for climate change negotiation as Director for International Strategy on Climate Change at Ministry of the Environment, Japan (MOEJ). From July 2014 to July 2017, he served as Directors of Research and Information Office and Climate Change Adaptation office at MOEJ. From July 2011 to July 2014, he served as Secretariat Director for the Asia-Pacific Network for Global Change Research (APN-GCR). From August 2000 to August 2003, he served as Secretary to Permanent Delegation to Organisation for Economic Co-operation and Development (OECD) based in Paris France. He got his Ph.D. (Environmental and Functional Sciences) at Ibaraki University in March 2010 and Master’s Degree of Science (Geophysics) at Hokkaido University in March 1992.

Also, our team has been assigned our new Programme Coordinator. Ms. Makiko Yanagiya will already be familiar to many of you, and we are very happy to welcome her to the team. Ms. Yanagiya  studied landscape ecology and worked in various fields in biodiversity including wildlife trade, wetland ecosystem conservation, marine/coastal biodiversity and protected area management at the Ministry of the Environment, Japan, and was recently seconded to the CBD Secretariat in Montreal.

We would also like to take this opportunity to thank the outgoing Director, Mr. Hiroaki Takiguchi, for his years of hard work on behalf of the partnership, as well as the previous Coordinator, Mr. Yasukuni Shibata.

On July 16, 2020, a side event of the 2020 High-Level Political Forum on Sustainable Development will be held, titled “Satoyama Initiative: Societies in Harmony with Nature – An inclusive approach for communities, landscapes and seascapes“. The event will be held as an online event due to the COVID-19 pandemic, and is therefore open for viewing to anyone who wishes to take part. The event will take place from 8am-9am in New York (EDT, UTC -4). Anyone interested can click here and enter your city to find the time in your time zone.

This event is organized by IPSI members and friends the Ministry of the Environment of Japan; Ministry of Environment and Energy of Costa Rica; United Nations Development Programme (UNDP); Global Environment Facility Small Grants Programme (GEF SGP); Institute for Global Environmental Strategies (IGES); Secretariat of the Convention on Biological Diversity; and the United Nations University Institute for the Advanced Study of Sustainability (UNU-IAS). High-level experts from the organizers will give presentations about the Satoyama Initiative and related issues, and engage in conversation with each other and with participants. This will be a great opportunity for the world to learn more about our important work in landscape approaches, so readers are highly encouraged to take part if possible.

More information about the event and how to join will be made available when it is ready. Please use this link for registration.

An online workshop was held by the IPSI Secretariat from 22 to 26 June 2020 as part of the process toward the publication of the sixth volume of the “Satoyama Initiative Thematic Review” (SITR vol. 6). The theme of this year’s workshop was “Transformative change through the multiple benefits of socio-ecological production landscapes and seascapes (SEPLS)”, covering how SEPLS management relates to the idea of transformative change, considering that SEPLS approaches can result in multiple benefits beyond biodiversity conservation. Participants shared informaiton and opinions on the concept of transormative change, taking lessons from their IPSI case studies.

The SITR vol. 6 is planned for publication early next year, and will have the same theme as the workshop, including write-ups of the case studies presented and a synthesis paper.

For more information on this event, please see the IPSI website here. 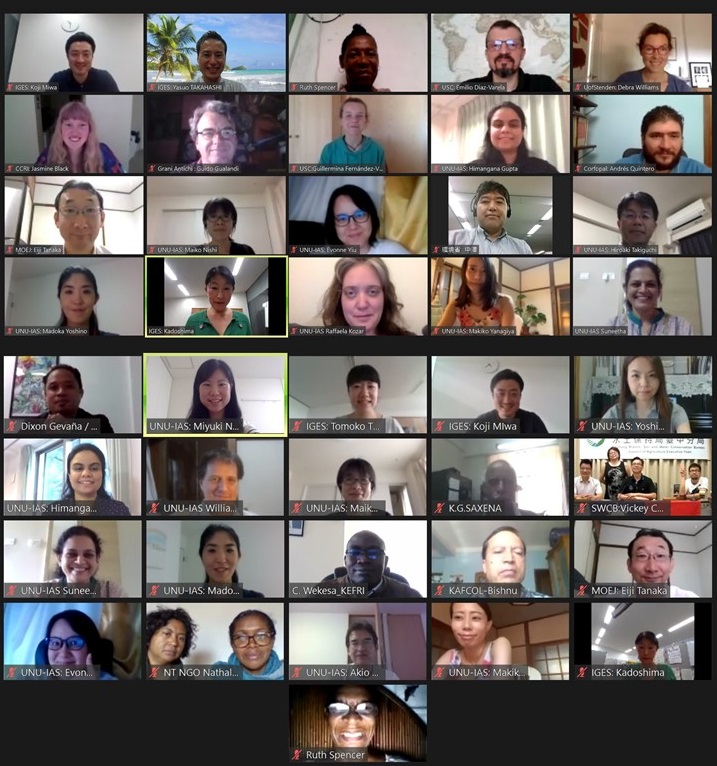 IPSI member the Secretariat of the Convention on Biological Diversity (CBD) recently sent out a notification about plans for meetings to be held later this year, saying that “the twenty-fourth meeting of the Subsidiary Body on Scientific, Technical and Technological Advice (SBSTTA 24) has had to be rescheduled given the continued uncertainties arising from the ongoing COVID-19 pandemic. SBSTTA 24 is now expected to take place in early November 2020 in Canada, at a venue to be announced.”

Documents are now available for peer review related to the development of the post-2020 global biodiversity framework. The documents will be discussed at SBSTTA 24 and include drafts for the post-2020 monitoring framework and indicators for the framework’s targets. Readers are highly encouraged to take part in this review process to ensure that our shared values are included in future biodiversity policy, and that the post-2020 framework is a strong one that can contribute to IPSI’s vision of “societies in harmony with nature”.

More information, including the peer review documents and review templates, are available on the CBD website here.

The Intergovernmental Platform on Biodiversity and Ecosystem Services (IPBES) has sent out a notification that the draft scoping report for its thematic assessment of the underlying causes of biodiversity loss and the determinants of transformative change and options for achieving the 2050 vision for biodiversity (the “transformative change assessment”) is open for external review. According to the notification, “The aim of this review is to increase the policy relevance of this scoping report by engaging Governments and stakeholders early in the process of defining the policy questions that this assessment will address.”

IPBES assessments and outputs have already emphasized landscape approaches as a helpful tool for improving efforts towards biodiversity and ecosystem services, and readers are encouraged to take part in this and other review processes to ensure that landscape approaches continue to positively influence the global policymaking arena.

The external review period is from 3 July to 28 August 2020. More information, including how to register, is available on the IPBES website here.

New Publication: The Elgar Companion to Geography, Transdisciplinarity and Sustainability 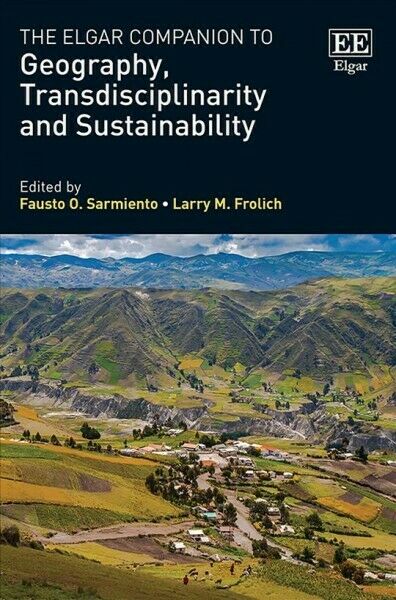 This book was recently published as an edited volume by IPSI Steering Committee member the Neotropical Montology Collaboratory at the University of Georgia’s Fausto Sarmiento and Larry Frolich. According to the Elgar website, “With contributions from top geographers, this Companion frames sustainability as exemplar of transdisciplinary science (critical geography) while improving future scenarios, debating perspectives between rich North/poor South, modern urban/backwards rural, and everything in between.” In addition to chapters by other IPSI friends, the volume contains a chapter on “The Satoyama Initiative for landscape/seascape sustainability” by the IPSI Secretariat’s own William Dunbar and former staff member Kaoru Ichikawa.

More information can be found on the Elgar website here. 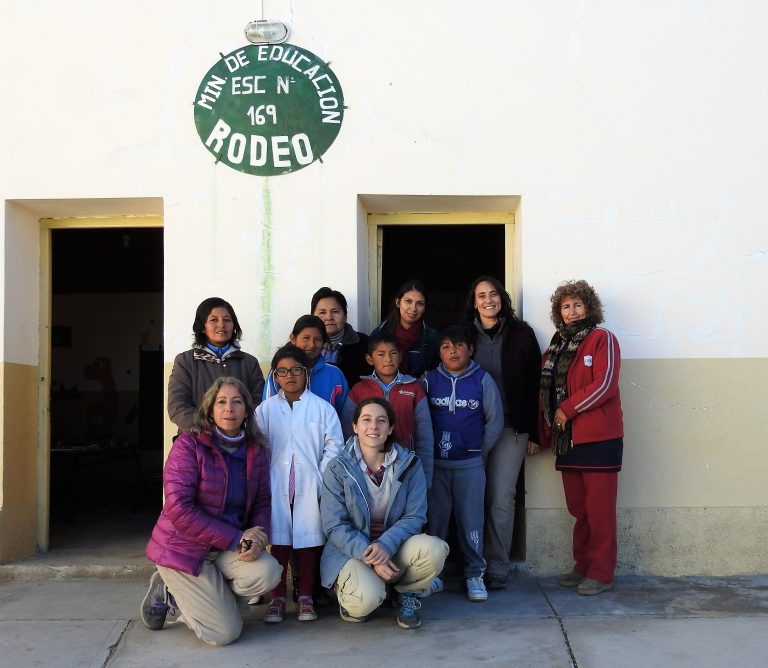 As mentioned in last month’s IPSI Newsletter, the partnership recently welcomed nin new members, and we are pleased to provide an introduction to one of them, VICAM: Vicuñas, Camélidos y Ambiente, an NGO based in Argentina. In a message to the IPSI community, they say, “From the VICAM group we are very happy and honored to have been selected to be part of the IPSI as a member organization.
Our work in the Andean highlands (altiplano) combines the conservation of the environment and biocultural heritage in a pastoral (mostly llamas and sheep) system at risk for climatic and economic reasons. In the altiplano, people have developed ways to breed and manage South American camelids and other livestock in their arid surroundings to sustain and improve their daily lives and we contribute to the system in academic and practical ways. We developed with Andean communities the rebirth of an ancient practice for sustainability, the wild vicuñas´ chaku (a capture, shearing and release of the animals), nurturing traditions and culture, and maintaining the Andean ecosystems and its biodiversity. The pastoral system is based on natural vegetation and from VICAM we start our care from that place.
We find it very auspicious that the essence of “satoyama” (that represents a balanced relationship between human beings and nature) have a space and presence in an ecosystem so distant and so different from those of Japan. At VICAM we are committed to honoring the space assigned to us.”

More information about their activities is available on the VICAM website here. 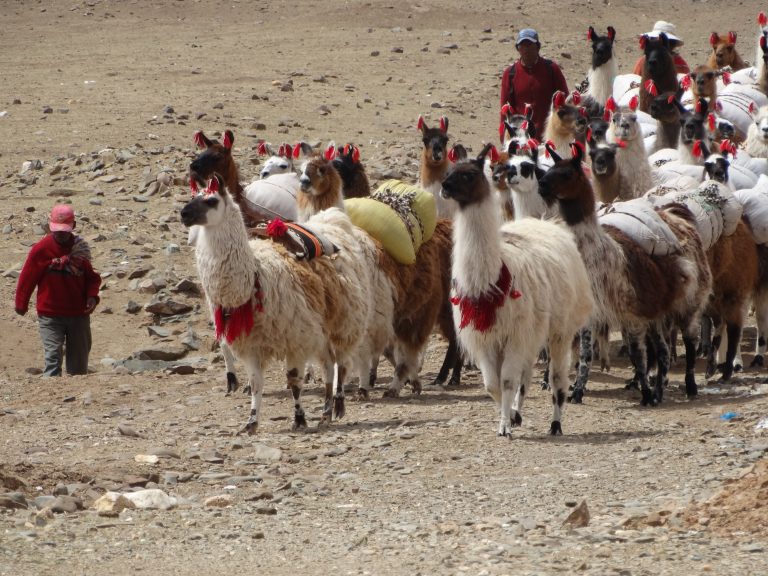 The IPSI Secretariat recently received a case study from partner organization Shumei International, titled “Protecting Biodiversity in the Philippines: A Community-based Sustainable Approach to the Use of Natural Resources“.

According to the case study, the “project demonstrated the effectiveness of ecological agriculture and sustainable land management to improve the livelihoods of indigenous small-scale farmers and protect local ecosystems in the Sierra Madre rainforest in the Philippines. Beneficiaries received in-depth training on Natural Agriculture, which combines ecological farming techniques with traditional knowledge to cultivate crops from natural heirloom seeds without the use of agrochemicals or additives. The project provided technical support for the cultivation, processing and marketing of hibiscus (Roselle), a traditional herbal plant and its byproducts. Initially, the project was to include other crops, but the local community realized that Roselle had the most health benefits and was much better suited to the region and its climate. As a result, the project’s cost-effective ecological farming model provided a sustainable livelihood strategy for the indigenous people in the area (Dumagats) through the cultivation of a traditional plant that also protected the ecosystem by discouraging slash and burn practices, deforestation and the use of chemical fertilizers and pesticides.” 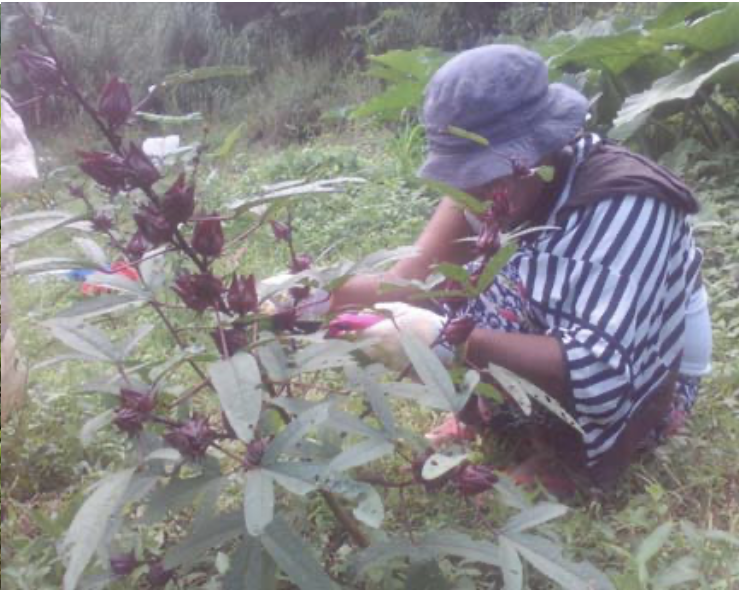