Season's greetings from the IPSI Secretariat in Tokyo, Japan. IPSI and its members continue to stay active in a wide variety of projects and activities related to landscape and seascape approaches towards "societies in harmony with nature".

This month’s newsletter contains announcements of two new publications, the final report from our Expert Thematic Workshop on Landscape Approaches for the Post-2020 Global Biodiversity Framework, and the recently-published fifth volume of the "Satoyama Initiative Thematic Review", plus a call for submissions for the next volume. We also have a report from several recent events held in Montreal, an announcement for a UNU-IAS fellowship programme, and updates from two members on their activities - about vetiver grass hedgerows at Lake Victoria from EPIC in Uganda, and about agroforestry from BROC in Russia. 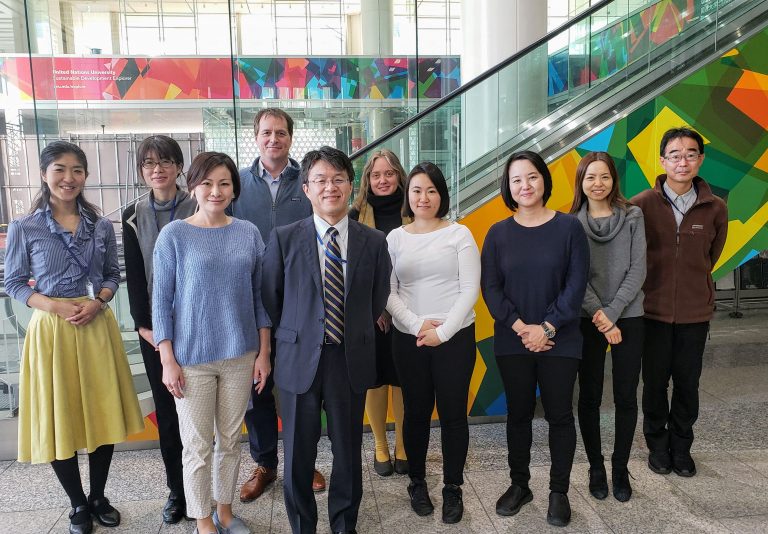 Season’s Greetings from the IPSI Secretariat

We at the IPSI Secretariat would like to sincerely thank you for your ongoing support and cooperation. 2019 has been another important year for our partnership, with a number of major events and achievements as we work together towards the post-2020 global biodiversity framework. Our membership has now grown to 258 organizations in all regions of the world, and we look forward to working closely with all of you in 2020 and into the future. As the calendar year comes to an end we hope you will keep in touch, and we wish you the best of success in your own lives and all of your work toward “societies in harmony with nature”.

The finalized report has been released from the "Expert Thematic Workshop on Landscape Approaches for the Post-2020 Global Biodiversity Framework", held by the IPSI Secretariat in Kumamoto, Japan in September 2019. As we have mentioned in previous newsletters, the Convention on Biological Diversity (CBD) is in the process of developing a global biodiversity framework to follow on the current Strategy for Biodiversity 2011-2020. Landscape approaches like those promoted by IPSI have been recognized for their potential to make biodiversity policy more effective, and the workshop report contains a wealth of policy recommendations for incorporation of these approaches into the policy framework. We hope this will be a valuable resource for policymakers and others as well, and we would like to offer a big "thank you" to the participants in the workshop and everyone who helped to develop the report. 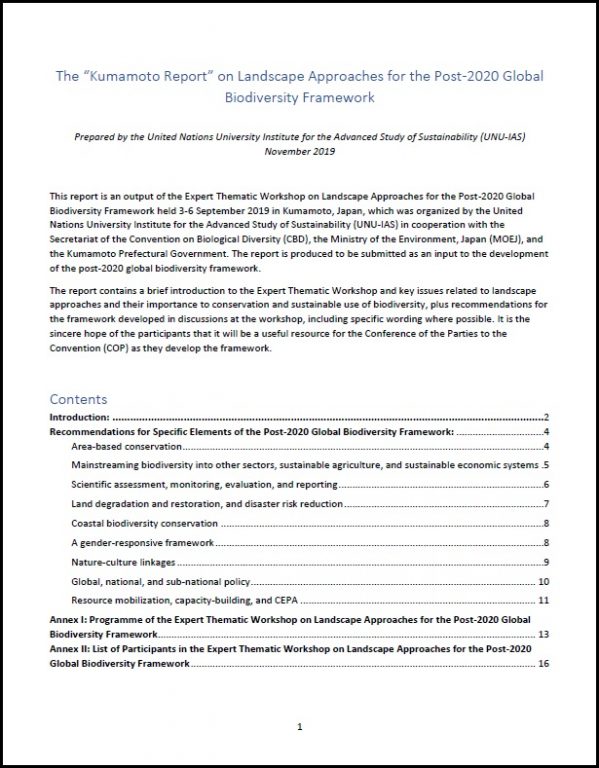 A new volume of the Satoyama Initiative Thematic Review (vol. 5) with the theme: “Understanding the Multiple Values associated with Sustainable Use in Socio-ecological Production Landscapes and Seascapes (SEPLS)” was recently published jointly by UNU-IAS and IGES. The volume compiles eleven selected case studies from IPSI member organizations and covers how different kinds of values, which have been called “multiple values of nature”, are provided and maintained through sustainable use of biodiversity in SEPLS management. In addition, the volume includes a synthesis chapter that summarizes the findings of the case studies. The publication  contributes to the pool of knowledge that will be relevant for IPBES' ongoing 'Methodological assessment regarding the diverse conceptualization of multiple values of nature and its contributions, including biodiversity and ecosystem functions and services'. 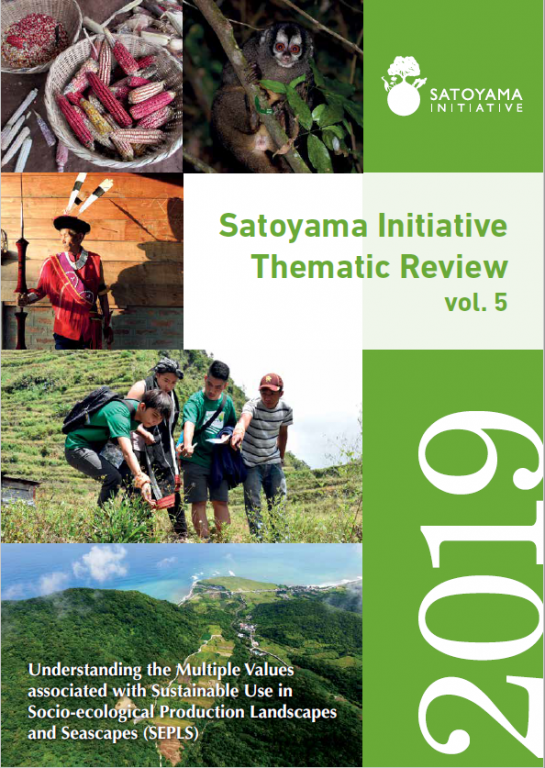 The United Nations University Institute for the Advanced Study of Sustainability (UNU-IAS) and the Institute for Global Environmental Strategies (IGES) recently announced a call for papers for the sixth volume of the series “Satoyama Initiative Thematic Review”. The sixth volume will feature the theme “Transformative change through the multiple benefits of SEPLS”. Authors from IPSI member organizations who have case studies relevant to this theme are highly encouraged to submit a manuscript following the guidance provided in this call for submissions. The initial deadline for abstract submissions is 15 January 2020. Please see the full call for submissions on the IPSI website here. 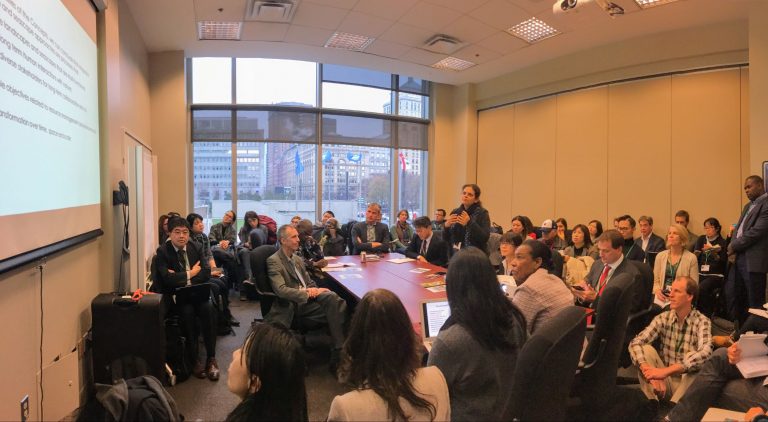 UNU-IAS, host of the IPSI Secretariat, held a side event titled "Outcomes of the Expert Thematic Workshop on Landscape Approaches for the Post-2020 Global Biodiversity Framework" on 27 November, along with the Ministry of the Environment, Japan, and the CBD Secretariat. The side event was held as a follow-up to the Expert Thematic Workshop held in September 2019 in Kumamoto, Japan, in order to present policy recommendations and lessons to the CBD community.

Landscape and seascape approaches including those promoted by IPSI received a great deal of attention in the discussions in these events, and it is expected that they will be a key feature of global biodiversity policy in the future beyond 2020.

UNU-IAS, host of the IPSI Secretariat, recently announced that it is now accepting applications for the JSPS–UNU Postdoctoral Fellowship programme for 2020. According to the UNU-IAS website, "Jointly organized by UNU-IAS and the Japan Society for the Promotion of Science (JSPS), the programme provides promising, highly qualified, young researchers with the opportunity to conduct advanced research relevant to the main thematic focus areas of the institute." The application deadline is 21 February 2020. 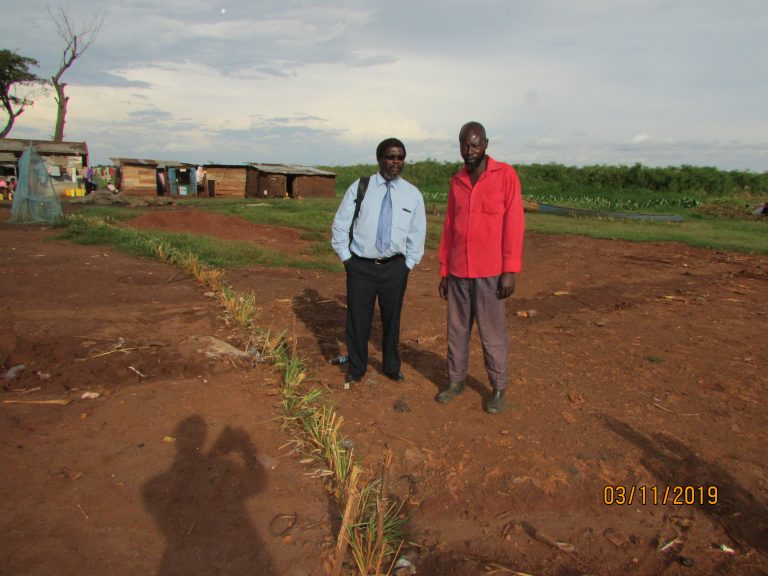 IPSI partner Environmental Protection Information Centre (EPIC), based in Uganda, recently got in touch with the IPSI Secretariat to share updates on a project working with vetiver grass hedgerows on the banks of Lake Victoria to trap sediment and reduce pollution. A vetiver grass nursery was established in Kikondo fishing village in March 2019 to serve as a source of planting material for the target community, and now supplies slips to farmers in five communities. At Wanyange landing site, where water hyacinth has almost sealed off the entire landing site, vetiver grass hedges have been established and are already slowing sediment flow to the lake. EPIC is the implementing agency and provides the planting material to target communities free of charge. According to EPIC, "unlike global efforts to address climate change, where economic benefits of innovative technology take precedency, EPIC puts restoration of biological diversity and ecosystem function first, because it believes that economic growth depends mainly on sound ecosystems that provide goods and services."

EPIC encourages IPSI members and others who may be interested in collaborating on similar projects to get in touch. This project has been funded in part through the IPSI collaborative activity the Satoyama Development Mechanism (SDM). For more information on these parts of the project, see the SDM 2018 booklet here.

IPSI member Bureau for Regional Outreach Campaigns (BROC), based in Russia, recently got in touch with the IPSI Secretariat about their quarterly magazine "Ecology and Business" (published in Russian). According to BROC, "Our point in Russia regarding agroforestry is highly globally essential now, since civil society is pushing federal legislature to create totally new Forest Code and finally recognize forests on agro lands as community forests, which never existed legally in Russia. The problem is based upon our Land Code, which requires to punish agro land owners and leasers to clean trees on their lands, even if they don't grow anything as 'agro product'. Significant! - we deal with about 40 million ha of forests, appeared on abandoned agro lands during last 30 years after USSR. Obviously, those forests play core role in the global climate issues, the more that big part of them is located on Siberian permafrost, which itself emit much more CO2 while melting after logging, than burning oil-gas. Currently by legislature all agro-land owners have to burn or log those forests, appeared on agro lands during 30 years of Russian economic and social abyss. As a result, we have legally provoked mass of illegal timber on the market, mass of fires started from those lands, and mass of real forest loss over huge territory of Siberia. Since 2016 agro-supervising agency (Rosselkhoznadzor) submitted more than 20000 lawsuits against Russian agro farmers, accusing them on existence of forests on agro lands. Thus government enforce agro land owners either to burn-log new forests, or to give lands up to others, if they still have no capacity to use their land properly. By Agro Ministry of Russia, amongst 383.2 million ha of agro lands in Russia, 255.5 million remain in national and municipal property, and 127.8 million are private, including 108.5 million belonging to personal owners. This huge size of lands and forests in Asia highly determine global climate and destiny of tens thousands local and indigenous people on Siberia, still deeply dependent on natural forests and agro lands."

For more information, please see issues of Ecology and Business on the BROC website here (in Russian).