From 12-14 September 2013, members of the International Partnership for the Satoyama Initiative (IPSI) will gather in Japan’s Fukui Prefecture for the Fourth IPSI Global Conference (IPSI-4). The Secretariat has sent a registration announcement for IPSI-4 to all members, and if you have not yet received such an email, please contact the Secretariat as soon as possible. An excursion is being planned before IPSI-4 to introduce participants to the satoyama landscapes and practices of Fukui Prefecture. The Conference is composed of the IPSI Assembly (IPSI members only), Public Forum open to all interested participants, and a Public Symposium that Fukui Prefectural Government is organizing to facilitate the full engagement of local citizens and stakeholders.  A “Satoyama Stay” is also being organized by Fukui Prefecture for international participants, during which they can experience local life by staying overnight in local “satoyama and satoumi” communities. Timely registration for IPSI-4 is needed in order to organize this special opportunity for all interested participants. For latest details, please continue checking the website for updates. IPSI-4 will be convened in Fukui, Japan on 12-14 September 2013 as follows:

IPSI members at the most recent Global Conference held in Hyderabad, India (October 2012) 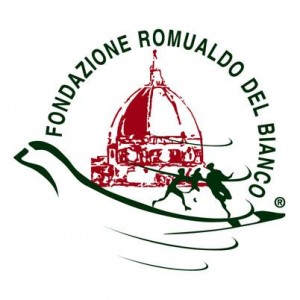 The Fondazione Romualdo Del Bianco® - Life Beyond Tourism® was initiated in Florence to support mutual familiarity and knowledge among the countries. Since 1996 the Foundation has promoted over 200,000 study days in Florence to foster encounters devoted to study and research among young people from all over the world. Nowadays, over 500 institutions and universities from 77 countries on five continents have bonded together to form the Fondazione’s international network. The Non-Profit Cultural Portal and Heritage Community (web 2.0) is the practical application of the Fondazione’s “Life Beyond Tourism” ethos: a platform that includes cultural identities (cultural institutions and economic enterprises) that represent the place. It intentionally welcomes those which are less known, but not less important, in order to create a database for the interpretation and presentation of the cultural personalities of the territories and for the exchange of best practices. In 2006 the “Auditorium al Duomo“ was opened for public use by the Foundation; in 2013 another venue was inaugurated in “Palazzo Coppini”, the 16th century seat of the Foundation. The palace includes seven conference rooms, for an International Meeting and Study Centre, where the Foundation will be pursuing its action to contribute to promote intercultural dialogue. 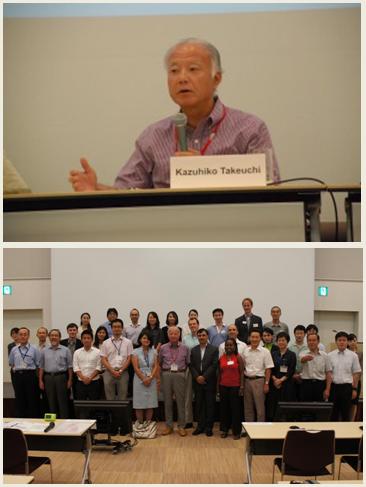 During the Fifth International Forum for Sustainable Asia and the Pacific (ISAP2013), a parallel session was organized under the theme “Green Economy and Satoyama Initiative: Building Resilient Societies at Local Level”. The session was framed by keynote speeches delivered by Dr. Abdul Hamid Zakri (Science Adviser to the Prime Minister of Malaysia; Chair, IPBES) and Prof. Kazuhiko Takeuchi (Senior Vice-Rector United Nations University; Director and Professor, IR3S, University of Tokyo). Afterwards, further detailed presentations were delivered on disaster risk reduction by Naoya Furuta (IUCN) and the reintroduction of the Oriental White Stork to Toyooka City, Japan by Ms. Yoshiko Mikasa (Toyooka City), respectively. During a lively question and answer session, the speakers responded to wide-ranging issues such as the integration of the satoyama concept into reconstruction efforts in northeastern Japan and certification of products generated in satoyama landscapes. Full report and additional photos available here.

(Quoted from COMDEKS Newsletter No. 4)

The Government of Japan and the United Nations Development Programme (UNDP) launched the second phase of a major biodiversity and sustainable development partnership, and announced new projects in ten countries. Communities in Bhutan, Cameroon, Costa Rica, Ecuador, El Salvador, Kyrgyzstan, Indonesia, Mongolia, Namibia, and Niger will join the Community Development and Knowledge Management for the Satoyama Initiative (COMDEKS). This brings to twenty the number of countries involved in the joint programme. It promotes inclusive, community-based approaches to the sustainable development of landscapes and seascapes, incorporating support for biodiversity conservation, human security—in particular food security, disaster risk reduction, and climate change adaption. Launched in 2011, COMDEKS is the flagship programme of the International Partnership for the Satoyama Initiative, a global effort to promote the sustainable use and management of natural resources in socio-ecological production landscapes and seascapes—a term describing the Satoyama concept of people in harmony with nature—pursuant to the Convention on Biological Diversity. Communities in Brazil, Cambodia, Ethiopia, Ghana, Fiji, India, Malawi, Nepal, Slovakia, and Turkey are already involved in designing and implementing landscape strategies for the realization of “societies in harmony with nature”, as defined in the vision of the Satoyama Initiative. The landscapes and seascapes being targeted span diverse ecosystems, ranging from coastal areas, watersheds, and pastoral systems to lowlands and highlands areas. This initiative, which works through UNDP’s Global Environment Facility Small Grants Programme, provides small grants directly to local community organizations with a contribution of US$10 mil-lion from the Japan Biodiversity Fund. The five-year programme is implemented by UNDP in partnership with the Ministry of Environment of Japan, the Secretariat of the Convention on Biological Diversity, and the UN University Institute of Advanced Studies (UNU-IAS). The Government of Japan, with its significant financial contributions to biodiversity conservation, disaster risk reduction, and climate change adaption, is a strong partner in helping developing countries to strengthen their resilience. This partnership builds on continued collaboration between the Japanese Government and UNDP to promote knowledge sharing and expertise and strengthen capacities for sustainable development. During the second phase, UNDP, the Ministry of Environment of Japan, CBD and UNU will join hands to scale up the programme from its initial pilot phase, facilitating knowledge and policy communication based on lessons learned and good practices. Please click here for the full press release available on the UNDP website. The fourth COMDEKS Newsletter is also now available for download.

New Publication: “The International Partnership for the Satoyama Initiative (IPSI): Formation and Development” 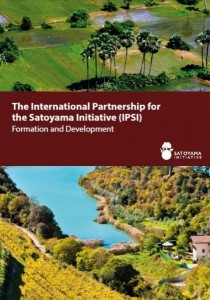