The Fifth International Forum for Sustainable Asia and the Pacific (ISAP2013) was held in Yokohama, Japan from 23-24 July 2013, and included a parallel session organized under the theme “Green Economy and Satoyama Initiative: Building Resilient Societies at Local Level”. 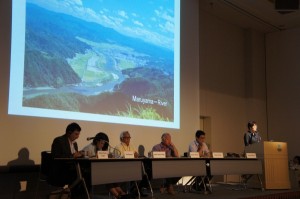 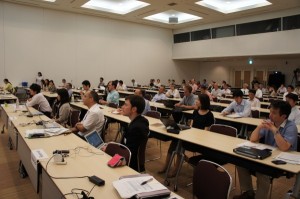 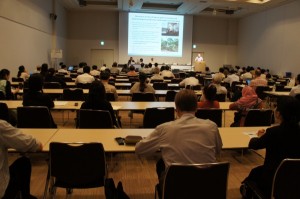 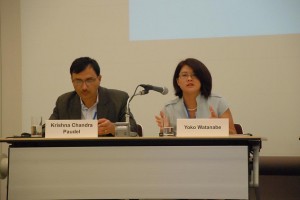 Following a brief introduction to the session by the moderators, the audience welcomed the first keynote speaker, Dr. Abdul Hamid Zakri (Science Adviser to the Prime Minister of Malaysia; Chair, IPBES). Dr. Zakri began by noting the leadership role that Japan can take regarding the green economy concept, and the rich biological and cultural diversity found in the Asia-Pacific region. At the same time, he pointed out that not only is there an alarming rate of biodiversity loss, but crop and livestock diversity is also rapidly disappearing. Building on this, he shared the history behind the founding of the Intergovernmental Platform on Biodiversity and Ecosystem Services (IPBES) and outlined its four functions. He emphasized that further efforts are needed to integrate multiple disciplines and different knowledge systems to produce knowledge and translate it into policy. Finally, he highlighted the challenging issue of valuing biodiversity and ecosystem services, which he hoped would be discussed in the future in IPBES, and invited everyone to contribute to its further development.

The second keynote speech was delivered by Prof. Kazuhiko Takeuchi (Senior Vice-Rector, United Nations University; Director and Professor, IR3S, University of Tokyo). During his presentation, Prof. Takeuchi focused on important linkages between green economy, resilience, the Satoyama Initiative and IPSI. After mentioning the relevance of the Satoyama Initiative to the discussion of green economy and the Sustainable Development Goals (SDGs), Prof. Takeuchi introduced cases of agroforestry in Brazil’s Amazonas and traditional tea forests in China’s Yunnan Province as examples of environmentally-friendly and resilient systems, which can increase the economic value of the products. He emphasized the need to enhance resiliency, establish a new commons, and create new business models in order to achieve socially and ecologically sound production activities. In closing, he introduced the Satoyama Initiative and underlined the role it can play as a platform for contributing to sustainable production. 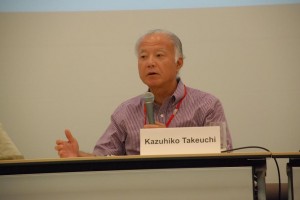 Mr. Naoya Furuta (Senior Project Officer, Japan Project Office, IUCN) delivered a presentation on disaster risk reduction (DRR) by introducing international efforts for promoting ecosystem-based DRR such as the Partnership for Environment and Disaster Risk Reduction (PEDRR). He noted that although the number of natural disasters has been steadily increasing, the number of associated deaths has been dropping, while the economic loss has been increasing exponentially. Among other things, this is a reason for disasters being viewed as one of the largest obstacles to sustainable development. He noted that ecosystem-based DRR is more effective than many other forms. As examples, he raised the cases of using wetland for flood control and afforestation for sand dune stabilization and encouraged that well-managed satoyama may be a good example from Japan. 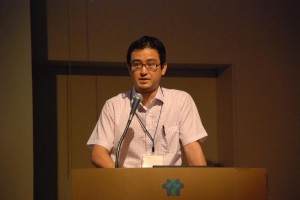 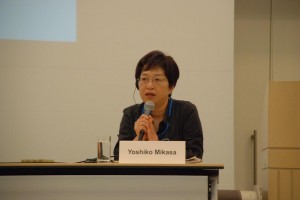 Subsequently, during a lively question and answer session, the speakers responded to wide-ranging issues such as the integration of the satoyama concept into reconstruction efforts in northeastern Japan and certification of products generated in satoyama landscapes.

A full report on the ISAP2013 meetings and this parallel session will soon be made available by the Forum’s co-organizers. For more information on the Oriental White Stork reintroduction efforts by Toyooka City, please refer to their case study on the Satoyama Initiative website. 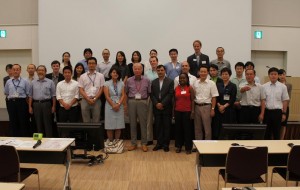 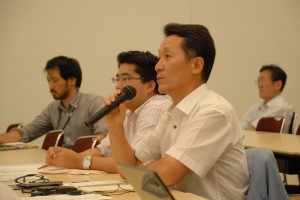 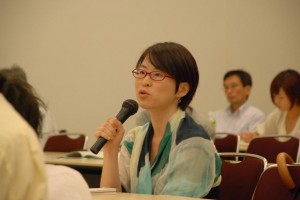 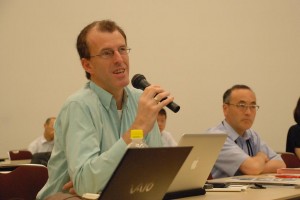