The official report for the Satoyama Initiative Regional Workshop in Peru has been completed and is available for download here: 201606 Peru RW Report

Around 60 participants from 16 countries in the Latin America and Caribbean region took part in the whole workshop, including opening and closing plenaries and a day and a half of field sessions held in the Potato Park near Pisac. Many others from the local community and those related to staff, speakers etc. also joined for some part of the events. The workshop was co-organized by the IPSI Secretariat at the United Nations University Institute for the Advanced Study of Sustainability (UNU-IAS), Asociación ANDES, and the Ministry of Environment, Peru (MINAM). 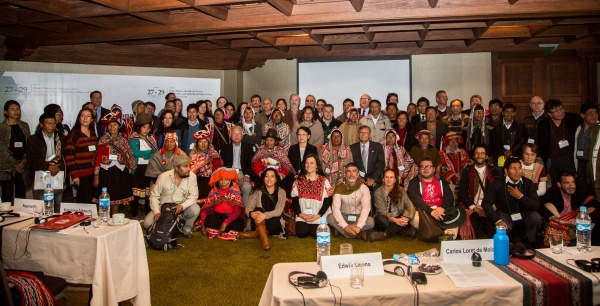 Participants in the Satoyama Initiative Regional Workshop in Peru 2016

The workshop opened with an opening plenary session in the morning and afternoon of Monday, 27 June. The session opened with a brief welcome message from Mr. William Dunbar of the IPSI Secretariat, followed by an opening address from Mr. Edwin Licona, Governor of the Cusco Region. This was followed by welcoming addresses by Mr. Wilber Vegas, Governor of the Apurimac Region and Mr. Alejandro Argumendo, Director of Asociación ANDES.

The Keynote Address was then given by Prof. Kazuhiko Takeuchi, Senior Vice-Rector of the United Nations University.

Following these introductory presentations and a short coffee break, a High-Level Roundtable was held, moderated by Mr. Carlos Loret de Mola, Advisor at MINAM. The Roundtable panelists were:

After lunch, the workshop continued with explanations of the workshop and a panel discussion. First, Mr. Dunbar gave an introduction to the Satoyama Initiative, IPSI and the Regional Workshop. This was followed by four panel presentations as follows:

The field sessions began with a ceremony held at the Pisac Archaeological Park, high above the town of Pisac, where participants joined the members of the communities of the Potato Park in a ceremony to ask the sacred mountains’ spirits for their favor for a successful workshop. 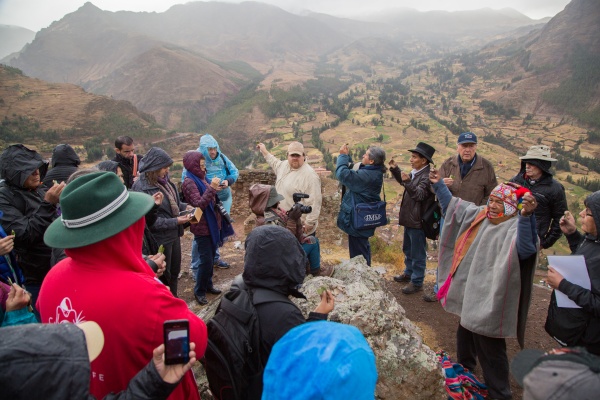 The opening ceremony at the Pisac Archaeological Park

Participants then divided into three groups to visit different sites including the only dammed lake in the Potato Park, the community-run seed bank, and the seed multiplication facility. 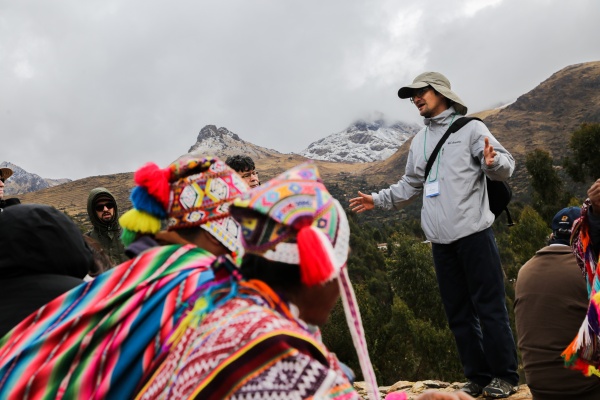 Workshop participants presented their own activities outdoors in the Potato Park 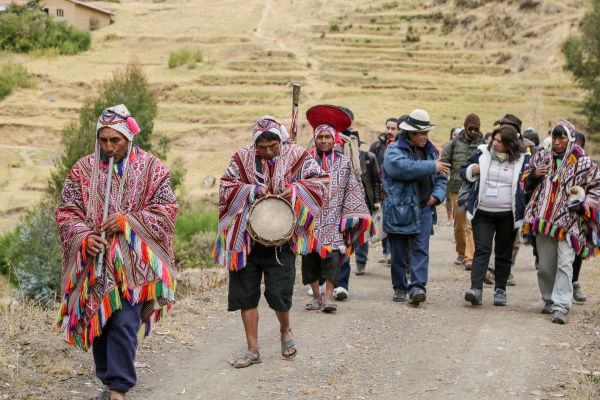 Lunches during the field sessions were provided at the Pappamanka Restaurant in the Potato Park, where participants were able to sample a variety of local foods prepared by the Park’s culinary group.

In the afternoon of 29 June, participants reconvened at the Hotel Royal Inka Pisac for a closing plenary session, where major topics of discussion from each group were presented and lessons of the workshop synthesized to point the way forward for the Satoyama Initiative and participants working in SEPLS in the region. 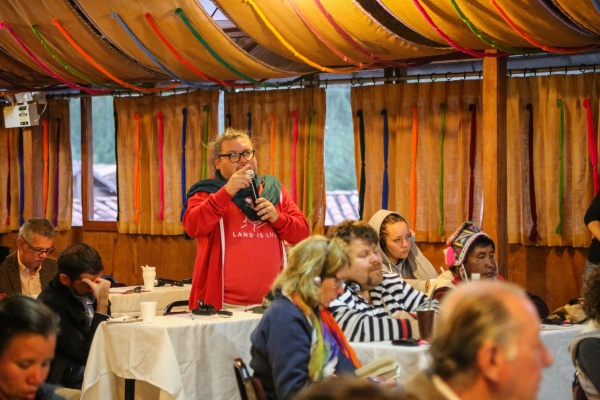 Inside the closing plenary venue

A reception was held at the Hotel Royal Inka Pisac in the evening of 28 June for participants to enjoy talking in a more informal setting. A music and dance performance was also given, featuring local group Wanaytaqui.