TOPEVENTS1-2 May 2015: International Conference on Island Biocultural Diversity in Mokpo, Republic of Korea

An International Conference on the Importance and Significance of Biocultural Diversity in Islands was held from 1-2 May by IPSI member the Institution for Marine and Island Cultures (MIC) of Mokpo National University in Mokpo, Republic of Korea. IPSI Secretariat staff attended the event, and were pleased to meet up with and hear presentations from many friends and IPSI members including Prof. Jae-Eun Kim from MIC, representatives from IUCN, and Ms. Akane Minohara of the University of Tokyo, whom many readers will remember as former IPSI Secretariat staff.

A main outcome of the workshop was the initial announcement of a planned new Global Island Biocultural Diversity Initiative to be headed up by MIC. The planners of the initiative expect the IUCN World Conservation Congress (WCC) in Hawaii in 2016 to be a major milestone. IPSI also plans to have a major presence at the WCC, and looks forward to collaborating with the new initiative and many other IPSI members leading up to that event. 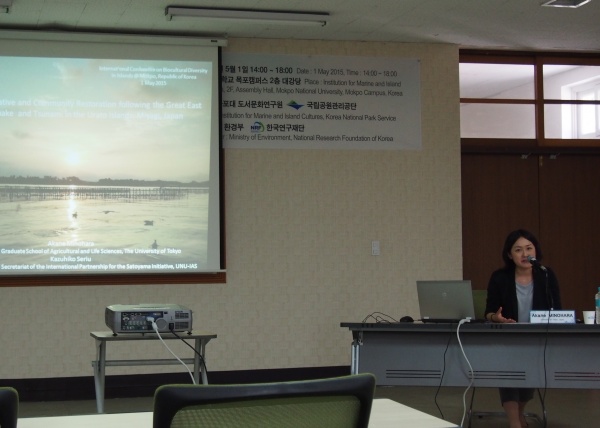