In Kanakura of Wajima City in Ishikawa Prefecture, efforts are made to carry out ecotourism, promote local specialities, and other activities making most of local landscape and traditional culture.“The non-profit organization, Kanakura School”, an association of local residents, is taking a major role in these activities. Kanakura School focuses on the history that the Kanakura community has subsisted through the “exchange with the outside” and targets to restore the prosperity of the past.

As it faces the Sea of Japan, Wajima’s history is marked by its trading port, used for exchanges with countries in Eurasia and various places in Japan. The population of Wajima City was 46,024 people in 1984. Due to the movement of population to urban areas, the population decreased to 32,518 people in 2009 (approximately a 30 per cent decrease in 25 years). The major industries of Wajima City are agriculture, forestry, fishery, lacquer ware manufacturing, and tourism.

Wajima City is located in the northern part of a peninsula. Most of the city’s administrative territory is covered with hills and low-altitude mountains. The climate of the region is warm and humid; the annual average temperature is about 13 degrees Celsius and the annual precipitation is about 2,150 millimetres. Approximately 60 per cent of the city’s administrative territory is covered with forested mountains, mainly forests of Quercus serrata and planted forests of Japanese cedar trees ( Cryptomeria japonica) and Japanese cypress trees ( Chamaecyparis obtuse). Rice paddies are present at river-side lowlands and basins.

There exists a significant amount of modified nature, mainly terraced rice paddies, which was developed through long-lasting human interventions in balance with the nature’s capacity. It provides habitat to many precious plant species including those on the Japanese Red List of threatened species. Many water springs in the region provide habitat to a salamander endemic to Japan ( Hynobius takedai).

The remote Noto region (“Okunoto”), where the case study area is located, has many undulating hills and low-altitude mountains, most of which are covered with forests. Human settlements and rice paddies are located mostly on flatlands that exist along rivers and coastlines.

The current use and management of natural resources are as follows:

The depopulation and aging of the population due to the outflow of residents to large cities have advanced in the recent years in the remote Noto region, where Wajima City is located. More and more coppice woods and rice paddies are left unattended. These areas used to provide important habitats and breeding grounds for wildlife. Natural succession of the vegetation progressed due to the lack of management and they are becoming less and less capable of accommodating a diversity of wildlife.

For instance, the human settlement at Kanakura in Wajima City, the case study area, used to be a large community of 104 households at its largest state; however, depopulation has progressed since the mid-1900s and there are only 63 households in the community today. In addition, the population is aging: more than half of the residents are aged 65 or older. Under such circumstances, the shortage of manpower for agriculture or forestry has become a serious problem in this area. The future of terraced rice fields that provide the basis of local livelihoods as well as valuable habitat and breeding grounds for animals and plants is threatened.

2.3. Regional Plans and Other Measures toward Resolution of the Above Problems

[The origin and prosperity of the Kanakura settlement]

Later, after the lord of this region burned down the entire village, people who tried to restore the settlement invited a Buddhist temple from the outside relocate to Kanakura. Because the connection between the temple and the supporting laymen was maintained, people came to Kanakura on the occasion of regular religious lectures at the temple. As a result, Kanakura was able to maintain its population through exchange with visitors even when the permanent population decreased; Kanakura re-flourished as a central community in the region.

[Kanakura in recent years and the activities of “Kanakura School”]

Kanakura remained a central community throughout the 1800s and an elementary school and a post office were constructed. However, in the mid-1900s, population outflow to urban areas and the aging of the population progressed. In 1997, Kanakura Elementary School, which had been, both physically and culturally, the centre of the settlement, was closed.

Under such circumstances, local residents voluntarily set up a group in 2000 to revitalize the community. They named this group “Kanakura School” with the intention of making this a spiritual centre like Kanakura Elementary School. Kanakura School takes advantage of the “internal solidarity” of Kanakura and engages in activities that involve the entire community in order to restore the prosperity of the past by revitalizing the “exchange with the outside”, which used to support the community.

Although in the beginning the activities were only conducted by volunteers, it was agreed that all households in the settlement would participate. The group is currently operating as a non-profit organization (NPO), “Yasuragi no Sato Kanakura School”.

The basic policy of Kanakura School is: “all the members are teachers”. The members discuss history, culture, nature, society, health, and daily life by expressing and exchanging opinions and ideas. They have the following three policies with respect to their activities: 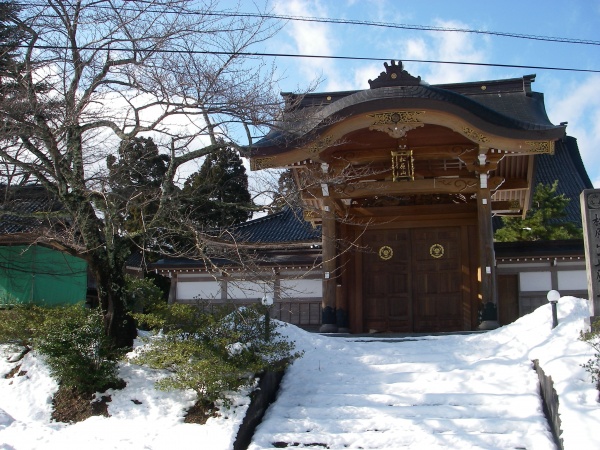 Picture 1: Shoganji Temple
(one of the Five Temples of Kanakura) 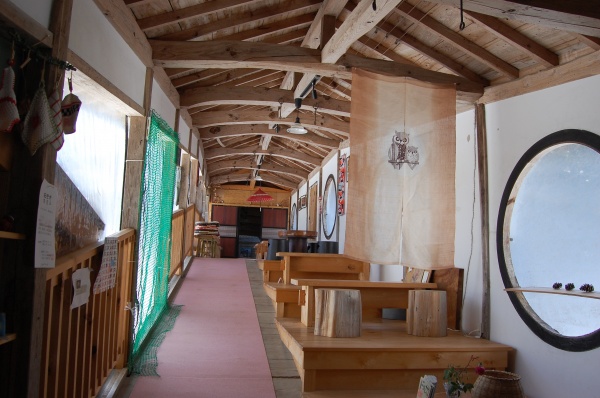 Picture 2:Open Café (Inside Keiganji Temple, one of the Five Temples of Kanakura) *Photograph: Ministry of the Environment (Japan)

Resilience of the natural environment in Japan is generally robust due to its abundant rainfall and warm climate, and this also applies to Kanakura. Without human influence over natural succession, the environment in the area would become covered by homogeneous vegetation. Reduced use of natural resources in Kanakura has left unattended the rice fields and forests that were previously managed. The plant coverage and biodiversity is feared to decrease under such conditions.

Local residents and researchers are aware that the landscape around terraced rice paddies is also important for wildlife. The Satoyama Satoumi Nature School of Kanazawa University surveyed the biodiversity of the Noto Peninsula from 2006 to 2008, including Kanakura. The survey found a variety of plants in human-influenced areas, such as the terraced rice paddies, that cover the majority of the community and the managed grassland around the rice paddies.

Human activities affecting the natural environment have been taking place for generations, since the establishment of the Kanakura community, and combined with the area’s original natural forces, they have created the vegetation of Kanakura. Kanakura School is preserving the ecosystem by maintaining the terraced rice paddies.

Kanakura is a community that has prospered based on rice paddy farming in terraced rice fields as well as by receiving visitors from the outside. The activities of Kanakura School are also based on this system that has sustained the community in the past and aim to revitalize the community by attracting people from large cities to secure the constant visiting population.

Kanakura School transformed the entire Kanakura community as an eco-museum named Yasuragi no Sato (peaceful village). Specifically, they installed information boards to explain the local history as well as signs for people who enjoy walking. They also improved the landscape in the community by planting azalea and cherry trees. Such efforts have enabled visitors to enjoy walking around the community as they savour the landscape and local history. They are also working to attract visitors by publishing a Kanakura walking map that features the Five Temples of Kanakura, legends associated with Kanakura, and suggested walking paths so that visitors can enjoy the history, culture, nature, and landscape of Kanakura.

As a result of these efforts, approximately 8,000 visitors come to Kanakura annually, whose population is only about 160 people. The visiting population is actually increasing.

In addition to the participation of every household in the community, Kanakura School is also working with academic institutes. This system connects and stimulates the activities of Kanakura School and the research activities of Kanazawa University. The satoyama-stationed researcher system is operated to facilitate cooperation between Kanazawa University and the local residents. In this system, people working for satoyama conservation and local revitalization are assigned satoyama-stationed researchers or satoyama guest researchers/investigators to promote cooperation between the academic and public sectors.

The activities of satoyama-stationed researchers are based on the following three principles:

(1) “information gathering” to collect requests and suggestions from local residents to utilize them in the university’s research;

(2) “information transmission” to utilize the research outcomes that the university has accumulated; and

(3) “study session” to deepen the understanding of the principle of cooperation between the academic and public sectors centring on satoyama –related activities and working toward regional improvement and promotion of satoyama studies.

Local historians are assigned as satoyama-stationed researchers in Kanakura. They participate in the study, communication, and transmission of the unique history and legends of Kanakura.

A café named “Ki no Koe” (voice of trees) was opened in the corridor of Keiganji Temple, one of the Five Temples that symbolize Kanakura. The café serves dumplings, pizzas, rice cakes using local vegetables, local ancient rice and others. The café helps increase the demand for locally grown agricultural crops.

This study was carried out by the members of PREC Institute Inc., Takako Matsui, Taito Kawashima, and Takehiro Kasahara, as a part of a contract work with the Ministry of the Environment, Japan. The study is based on a hearing survey on local people of Kanakura area and field surveys.