The Maasai’s shifting modes of subsistence

In Loitokitok, Rift Valley province of Kenya, some people of Maasai, nomadic herdsmen whose diet had traditionally been only cow milk and blood, have started farming recently. Severe drought caused by recent climate change is in the background. This severity has “never been experienced before”, as a village elder says.


We interviewed them about their traditional lifestyle, their reason for starting faming, and problems and future expectations. 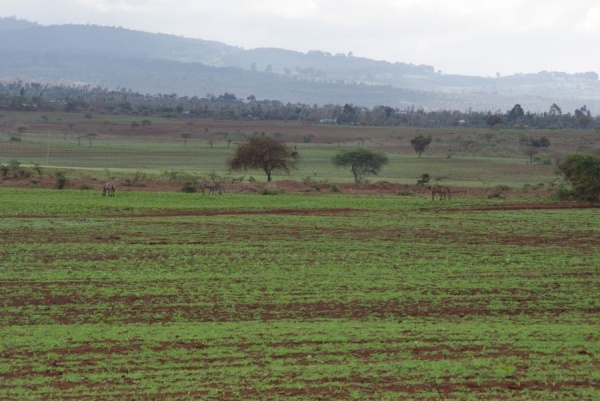 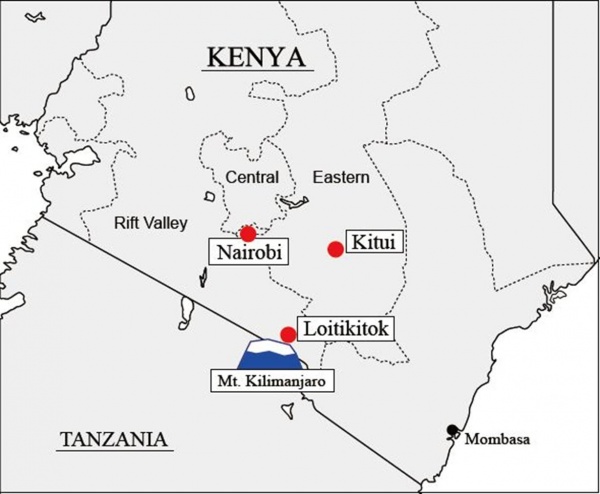 Kenya has over 80 per cent of its land as semiarid region. Its main vegetation is savanna (1). The survey was conducted in Entonet location, Loitokitok division, Kajiado district, Rift Valley province. The area is located on the north side of the foot of Mount Kilimanjaro. It is suited for agriculture due to the availability of irrigation and wells receiving underground flow from the mountain (picture 1). A roadway from Nairobi to this area is under construction and it is expected to become a prospective agricultural area. Amboseli National Park is in the vicinity. With the cooperation of the community leaders and the Entonet ward councilor, we held a workshop with 21 representatives from each age group, including female participants, in Namelok village of Entonet. The discussion topics included life in the savanna, the reasons for starting farming, and future expectations (picture 2). We also visited local irrigation farming sites and non-irrigation farming plots. 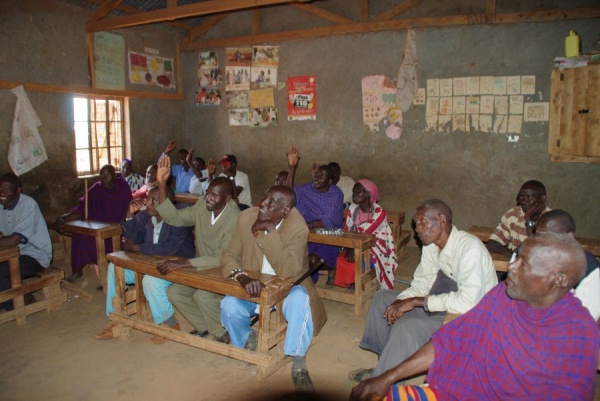 Picture 2. Participants of the workshop
in Namelok village (Photo by JWRC)

2.1. Introducing the Maasai and their use of natural resources

The Maasai is a nomadic tribe which lives in the region spanning from Tanzania to western Kenya. The Maasai people respect and depend on cows, which provide them with most of their essential needs, such as milk, blood, meat, fat, and hide. Natural resources that Maasai utilize are plants found in savanna for cattle breeding and firewood and medicinal plants for their own use. The deterioration of savanna directly affects the Maasai’s lives.

A male Maasai becomes an adult at the age of 18. In the past, a male who turned 18 was circumcised and added to the lion hunters as a rite of passage. The Kenyan government has since banned lion hunting and men under the age of forty do not have the experience of hunting a lion. Hunting lions is only permitted when a lion attacks cattle. As a result, the present day coming of adult ritual is comprised only of circumcision and one or two months of communal life in the woodland after the circumcisinon.

The Maasai’s diet has been solely dependent on cow blood, milk and meat. The Maasai extract about 2 litres of cow blood from the healthiest cow. The ways to consume the blood include drinking it raw, mixing it in milk and drinking it, or mixing it in oil and warming it up to eat the loosely solidified product. The milk is consumed raw or fermented for about three days in a gourd and eaten. Meat is eaten only on special occasions such as following a birth, when a man is circumcised, for a wedding, for a funeral, or when practicing communal life in the woodland as a warrior. Traditionally, the Maasai did not eat vegetables. Also, it is a taboo to hunt a wild game other than lions. A woman in her fifties in the village ate something other than cow for the first time in 1961. That year was hit by severe drought and the government provided bags of maize flour via airplane. Recently, food other than cow-oriented food is becoming popular in Maasai villages; however, for the elderly males, consuming even chicken does not seem to be a favourable habit.

The Maasai use some wild plants for medicinal purposes. Table 1 shows some examples of medicinal plants mentioned by the workshop participants. These plants are essential medicine and include remedies for malaria, abdominal pain, menstrual cramps, or delivering the placenta, haemostatics, laxatives anthelmintics and eye drops. There is one example in table 1 which became inappropriate for use because its effect became too intense once the diet of the Maasai, and their constitution, changed. Except for this plant, other plants are still in use today, even though people have recently begun to use modern pharmaceutical products as a hospital was built in the area. 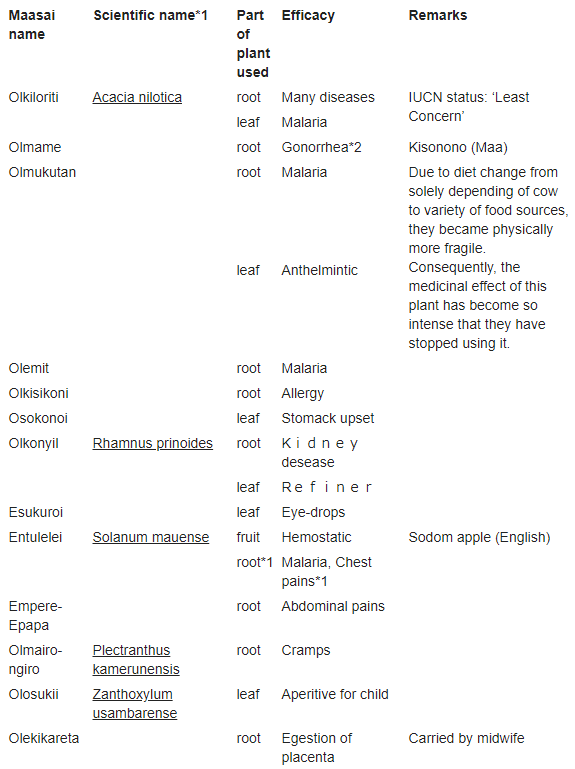 The Maasai settled in Namelok in 1974. They started farming due to population increases, drought and favourable government policies. Once they settled in, their population increased so they could not sustain themselves solely on the cows that they had. This caused them to begin cultivating land in the 1990s. Also, drought became more and more prominent after the 1980s. Many of the wild plants disappeared and occasional heavy rainfall had washed away the soil. An elderly Maasai commented, “before 1980s, drought came but for short periods. Recent droughts are longer and more severe than what we experienced in the past.” The Kenyan government began to implement policy measures in 2001 in which the Maasai in the area were allocated either ten acres of non-irrigated farmland or five acres of irrigated farmland per household. People in Namelok received irrigated land and since then have begun full-scale agriculture. 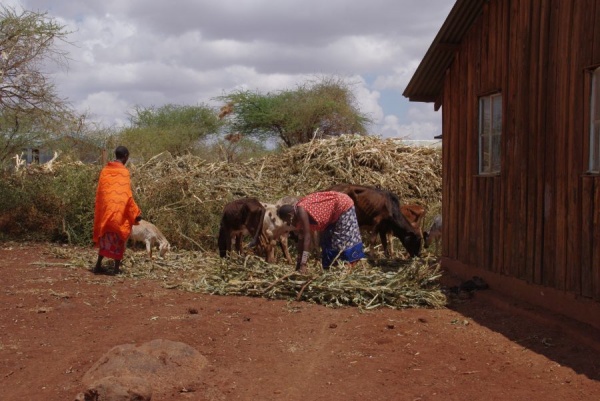 Picture 3. Feeding stalks and leaves of maize to a gaunt cow
(Photo by JWRC)

We must note that those Maasai have not entirely abandoned their traditional way of living based on cattle breeding (picture 3). Since the introduction of agriculture, they have accepted to change their traditional lifestyle, but it was not intended. Especially for elderly Maasai, cows remain the most important asset in their life to this day. Many of the Maasai who received ten acres of non-irrigated land have opted to sell the land for cash income and did not go into practicing agriculture and maintained their cattle breeding lifestyle. This seems to represent their attitude which shows that shifting traditional lifestyle is not easy.

Water from the source is provided once a week for four hours (picture 4). Main crops are tomato (August to November), beans (December to February), maize (occasionally onion or left fallow) (March to July), and they rotate those crops. Cattle manure is used as fertilizer and weeding is done by hand with harrow. If brokers do not visit the village, they would go to Nairobi or Mombasa for a market. Some issues associated with irrigated agriculture in Namelok are that there is no reliable market, there is limited knowledge of suitable means to treat crop diseases, and there is a lack of professionals who can lead them to address these problems. 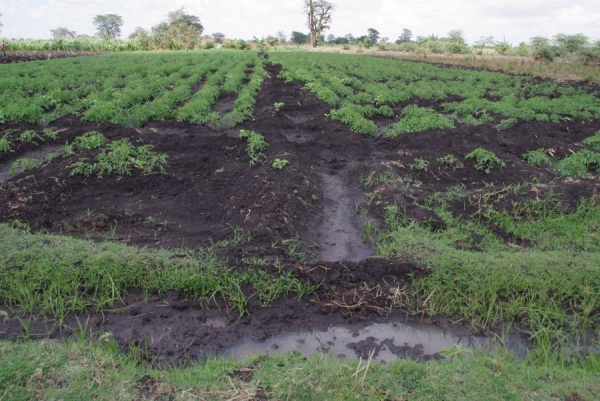 The non-irrigated farm owner we interviewed in Loitokitok was from the Kikuyu tribe. He purchased the land from the Maasai via other friends. He owned 36 acres of farmland and cultivated maize and beans. Crop diseases were treated with pesticides and crops were sold at neighbouring market. He was trying to cope with drought by drilling a well. Loitokitok is blessed by underground flow from Kilimanjaro, and is becoming a major agriculture district in Kenya. Kikuyu tribe has originally practiced agriculture so that it is not difficult for experts like them to make sufficient harvest here.

About External Difference and Essential Analogy Between Savanna and Japanese Satoyama

In savanna, one can see an unchanging, vast flat land stretched to the horizon. Cultivated fields also expand to wide area. However, if observed more closely, one can find water, houses, and corrals in the scenery so it is not the same as large scale intensive farms or unpopulated primary woodland. This type of landscape is externally different from those seen in Japan or Indochina where one sees a mosaic structure of about 1 hectare each of secondary forest, paddies, rivers and villages. People in Kenya have lived in this land by raising cows, collecting medicinal plants, fetching water, and raising a family despite the continuous threat of lion attack. In terms of quality of lifestyle, the savanna life has the same essence with that of present Indochina or Japanese satoyama sixty years ago. If a satoyama landscape is defined by its mosaic predisposition, the importance is laid more on whether necessary essence is present rather than the size of a patch.

The Maasai depicted in this report present both traditional lifestyles of cattle breeding by utilizing savanna’s natural resources and modern irrigated agriculture to generate income. Traditionally, the Maasai depended on a diet based solely on cow blood, milk and meat, and collected natural resources from the savanna only for firewood and medicinal uses. They kept their rule to hunt no other wildlife than lions – their predators – by raising lion hunting warriors. It was a perfect mechanism in the savanna to coexist with wildlife and to enable the sustainable use of resources. However, the influence of a market economy, changes in wildlife management, and drastic environmental changes have caused this traditional lifestyle to become ill-suited for the present situation. The Maasai are seeking means to maintain their cows under never-experienced drought. Also, they are seeking farming techniques or knowledge to tackle the problems associated with their new agriculture business. Modern scientific knowledge should answer them. And a structure to introduce this knowledge to farmers is inevitable.

About Creation of New Commons

Proposals have been made for business model called “creation of new commons”, which incorporates local ecosystem such as flora, fauna, landscape or culture depending on them into business without disturbing the resources. For example in Namibia, a foreign non-governmental organization encouraged local villagers to conduct ecotours, in which tourists observe elephants living in the floodplain forest of seasonal streams. It has become a major income source for the villagers and they have since changed their lifestyle of living on dwindling cattle breeding to tourism (3).

The Maasai have so far proceeded cautiously with agriculture. The elders always have the leading role and it ensures solid bonding of the community. Their traditional way of living by cattle breeding is almost unfeasible because of recent drought; nonetheless, they try to maintain the cattle while proceeding with agriculture which is a more practical cash income source. This state can be considered as dual economy (4). There is little chance of an external business model of selling ecosystem services to be admitted in this village for now. Neither the Maasai was willing to transform their traditional lifestyles. What they wish most importantly is the technology and knowledge to cope with the present drought condition. The young generation had hopes for educational opportunities from this income. When we talk about the creation of new commons, it does not have to be a business model incorporating the ecosystem service. It can be a human resource support system or information network to support the local traditional lifestyles.

The Maasai has kept their interdependence with wildlife in savanna without eliminating them. It makes the area enable to accommodate diverse wildlife although it is not a designated conservation area. This environment is sustained to this day by Maasai’s traditional lifestyle of coexisting with wildlife. It is likely that the current savanna environment of relatively high biodiversity will change when Maasai’s traditional living changes. In general, when a land is not used sustainably, its biodiversity tends to decrease. The Maasai people introduced in this report is now at the crossroad of changing their lifestyle. Their wish is to continue traditional cattle breeding, and yet it can no longer sustain their life in current condition. To support the Maasai’s wish to continue nature friendly life directly relates to saving the biodiversity in savanna from deterioration.

This study was commissioned by the Ministry of the Envieonment, Japan