The Effutu traditional area has an age-old custom of two groups of traditional warriors catching a live bushbuck with their bare hands from a communal sacred hunting ground for their annual Aboakyir (“deer” hunting) festival. The festival is not only an embodiment of the culture and identity of the people, but also serves as a source of community cohesion. In the last three years, however, neither of the two groups have captured a live animal for the annual festival, indicating that the bushbuck population has plummeted and could soon become locally extinct. This has become a matter of great concern for the community, as the extinction of bushbuck signifies the dying-off of an age-old festival that unites the Effutu people. This project therefore sought to address direct and indirect threats to the Effutu sacred hunting ground. 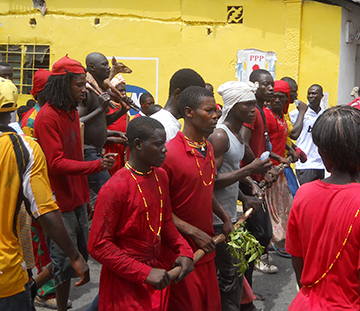 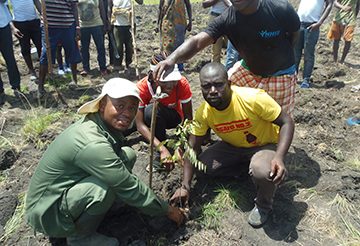 Replanting in the degraded hunting grounds