Nature-Friendly Agriculture in the State of Queensland, Australia

Australia has a highly advanced agricultural sector and has largely depended economically on the export of agricultural products, despite receiving small amounts of rainfall over most of its territory.

This is mainly due to large-scale farm management and mechanized farming practices. Since such agricultural systems have gradually caused environmental degradation through soil erosion, increases in salinity, and water pollution from agricultural chemicals, the central and state governments, non-governmental organizations and farmers have begun cooperating on the development of nature-friendly agricultural systems.

Australia’s nature-friendly agriculture does not depend largely on so-called traditional knowledge for the management of land and wildlife but agrees with the Satoyama Initiative (SI) with respect to the basic idea of harmonization between development of human activities, especially agriculture, and conservation of biodiversity. It is also of significance to the SI that advanced agricultural systems in developed countries, including Australia, should be more nature-friendly, decrease environmental loads and conserve biodiversity. Keeping these notions in mind, this field survey aimed to investigate innovative farming systems in the State of Queensland, where agriculture has been a major industry and the natural environment has been well conserved.

The State of Queensland, located in the northeastern part of Australia, is one of most biologically diverse regions of Australia and has a population of approximately 4.4 million (Australian Bureau of Statistics, 2009). In the Far North Queensland area, approximately 900,000 hectares of the forest known as the “world’s oldest rainforest in existence since the age of the continent of Gondwanaland” was designated a “Wet Tropics World Heritage Area” (WTWHA) in 1988.

However, the agriculture and forestry that began there in the latter half of the nineteenth century have fragmented the rainforest and hindered its biological diversity. Moreover, chemical substances and soil particles from agricultural run-off have caused (and are causing) problems such as damage to the coral reef in the coastal areas. In such an environment, the Wet Tropics Management Authority (WTMA), Far North Queensland Natural Resource Management Limited (FNQ NRM Ltd) and Rainforest Cooperative Research Centere (Rainforest CRC taken measures to coexist with the bountiful natural resources.

The main industries in Queensland are agriculture (sugar cane, tropical fruits, and cotton), cattle ranching, and tourism. This case study reviews how agricultural measures adopted by the farmers in the vicinity of the WTWHA are high in sustainability.

The study focused on the tropical fruit-producing farmers of the Tully region and the sugar cane farmers of the Ingham region and was conducted between 19 and 29 November 2009 by Ryutaro Ohtsuka (Japan Wildlife Research Center) and Masatoshi Sasaoka (Japan Wildlife Research Center), with the assistance of Stefan Ottomanski (Nagao Natural Environment Foundation).

1.1 Overview of the Fruit Farm

This farm is located in a forest approximately 140 kilometres south of Cairns in the Mission Beach area of the northern part of Queensland, an area where the low lying tropical forest is still intact. The area is considered iconic of Queensland’s natural heritage and important to the preservation of the endangered and protected Southern Cassowary ( Casuarius casuarius johnsonii) (see Box 1) .

Mr. Peter Salleras and his wife Alison purchased a 220-acre (89 hectare) property in the Feluga area adjoining the Mission Beach area in 1983 and began to farm various tropical fruits, mainly jack fruits, durians, and rambutan, and distributed and sold these agricultural products to restaurants, resorts, and supermarkets in the neighboring cities.

Peter Salleras is also the Chairman of the Community for Coastal and Cassowary Conservation (C4), which conducts environmental protection activities, including investigative research on the Southern Cassowary, regeneration and protection of its natural habitat, and a refuge for cassowaries who were the victims of accidents. 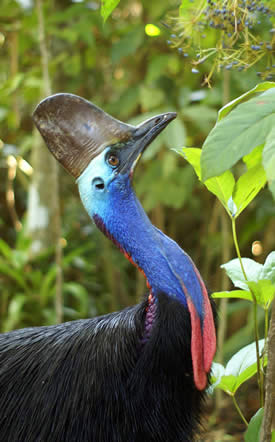 1.2 Protection of the Forests within the Fruit Farms

Approximately two thirds of the 89-hectare property have not been exploited so as to partly connect to the tropical rainforest in the Wet Tropics World Heritage Area. 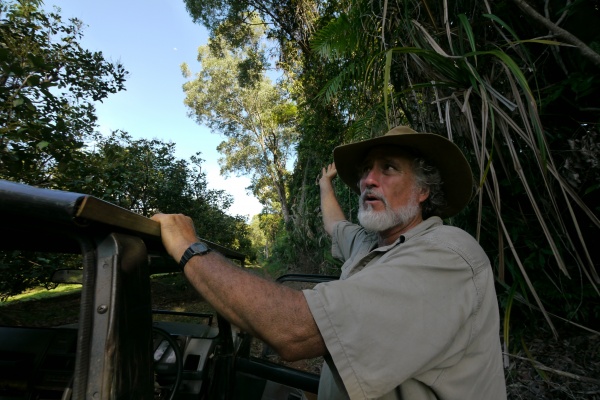 According to Peter Salleras, retaining the tropical rain forest within the fruit farm can, in addition to protecting the fruits from strong winds, protect them from extremely high temperatures and sustain a microclimate suited to the cultivation of the fruits. Such an effort also benefits fruit farm management through the conservation of biodiversity.

Of the animals inhabiting these forests, sugar glider ( Petaurus breviceps), the pythons ( Morelia spp.), and bandicoots (small animals belonging to the family Peroryctidae) play significant roles. The sugar glider consumes beetles, such as the Christmas beetles ( Anoplognathus spp.), that are harmful to the fruits. The pythons eat rats that cause enormous damages to the fruit crops and taro. Two species of bandicoot, the northern brown bandicoot ( Isoodon Macrourus) and the long-nosed bandicoot ( Parameles Nasuta), eat grubs of the native beetles such as cane beetle ( Dermolepida albohirtum); the grubs of cane beetles are the major pest for many crops since they eat roots of many tree crops as well as those of sugar cane.

In addition to contributing to effective pest control, many insects inhabiting the nearby forest help with the pollination of fruit trees.

1.3 Extermination of Wild Boars to Protect the cassowaries

In the eastern and northern regions of Australia, non-native species of wild boars have a devastating effect on agricultural crops and are very disruptive to natural ecosystems.

Even in the fruit farms of the Mission Beach area, wild boars are considered to be the most harmful pest because they eat the seedlings of the fruit trees and dig up the cultivated ground.

Therefore, the extermination of wild boars not only serves to protect crops, but also contributes to maintaining a good environment for Southern Cassowaries. 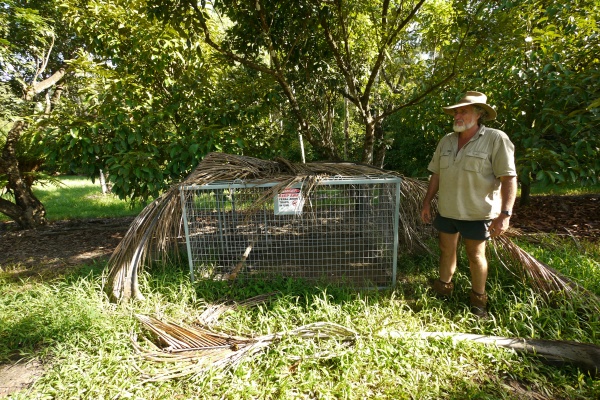 Wild boars were previously killed by hunting dogs. Unexpectedly, however, these dogs eventually attacked cassowaries to death. For this reason, Peter Salleras and the members of the C4 group made efforts to develop traps that capture only wild boars. One type of trap is a cage trap that capitalizes on the wild boar’s behaviour of raising its snout when searching for food. The traps’ door falls down when the boar touches the bar, which is connected with the door, with its snout while it looks for bait (for instance, bananas) placed in the central part.

2.1 Overview of the farm 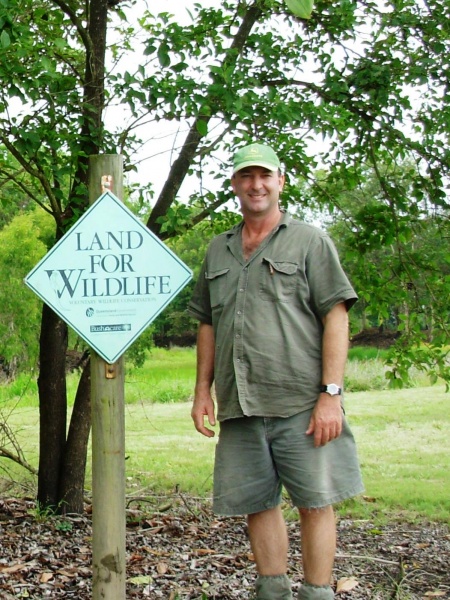 Since the mid 1990s, Mario Porta has been conducting the following nature-friendly farming practices with the support from a local non-governmental organization, Terrain Natural Resource Management- Herbert Team and the Bureau of Sugar Experiment Stations (BSES), which is an experimental agency funded by sugar cane producers to conduct research to increase sugar cane production

Mario Porta uses a laser measurement device, i.e. advanced levelling technology, to precisely measure the height of the ground in the sugar cane fields to make the ground flat. 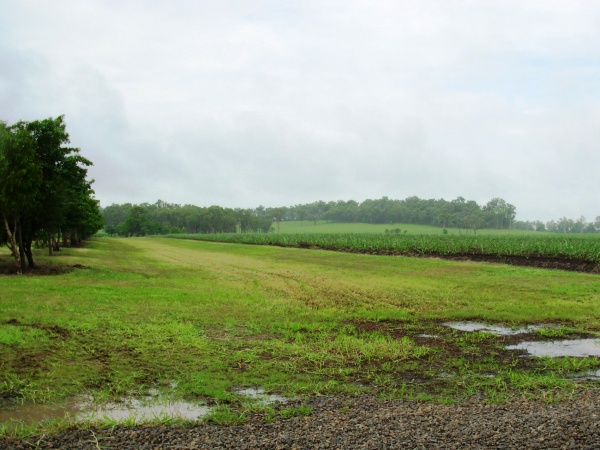 Picture 5. Wide drainage ditches in the field
(Photo by JWRC) 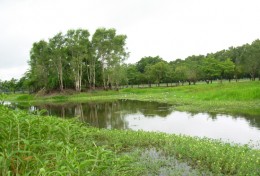 In addition, he pays great attention to drainage ditches. Until recently, to expand the area of his sugar cane fields, he made the drainage ditches as narrow as possible. However, this resulted in severe soil erosion in the vicinity of the drainage ditches. To combat this, he made the ditches 5 metres wide and shallow, and planted grass in them. This has reduced the speed of run-off from the sugar cane fields when it rains and prevented soil erosion and outflow of nutrients. All this has resulted in the retention of soil fertility and savings in the amount of added fertilizer and costs.

Also, when preparing the cultivated land described above, he created large-scale artificial lagoons in the middle of his large-scale sugar cane plantation where run-off is collected. The accumulated residues in the lagoon and wet areas can be recycled later to the fields, which results in enabling the retention of soil fertility. In addition, the artificial lagoons help trap the run-off silt and soil nutrients in the lagoon and wet areas. It is considered that such artificial lagoons contribute to the retention of the quality in the river and coastal environments because the quality of water flowing into the rivers improves dramatically.

Furthermore, he also planted a variety of soil-retaining scrub species such as Nauclea orientalis and Eucalyptus platyphylla in the ponds and wet areas. He has 12 arterial lagoons and wet areas in his plantation; 6 of these have already had this scrub species planted on site, thereby forming a green corridor.

It has been pointed out that the creation of the lagoons and wet areas as well as the green corridors could form breeding grounds for endangered species, such as False Water Rat ( Xeromys myoides) and Grass Owl ( Tyto capensis) as well as various waterfowl and migratory species (Smith 2008:9). Mario Porta reports that he has seen a markedly greater number of birds and water animals than before.

He reports that the introduction of such environmentally-friendly agriculture practices has cost him a total of 250,000 Australian dollars, some of which was refunded through a grant from the Australian Government Envirofund. Nonetheless, eventually such efforts bore fruit; he was able to gain some of his investment back as additional lowland is now available for use, soil degradation has decreased, and the costs incurred for fertilizers have been much reduced (fertilizer costs were reduced by 65,000 Australian dollars in 2006).

Few ecological studies examine how nature-friendly agricultural practices, such as those highlighted above, have affected the biodiversity in any given area. It is critical to perform scientific environmental evaluations to clarify the impact of such efforts on the biodiversity of a region.

In light of this study, it should be noted that there is the Reef Rescue Fund that aims to protect the coral in the Great Barrier Reef, which the farmers could avail of as a means to engage in nature-friendly agriculture. This Australian government fund supports effective soil management practices to suppress the run-off of nutrients, agricultural chemicals and red silt from agricultural land. In addition to this fund, there is great enthusiasm for introduction of an eco-accreditation system to distinguish nature-friendly agriculture produce from non-nature friendly agricultural produce, as a market-based mechanism to encourage eco-friendly production, as well as for tax incentives for eco-friendly farming.

This study was commissioned by the Ministry of the Environment, Japan.