As mentioned in Table 1, the biomass power generation facilities are currently under construction on the premises of the Second Thermal Power Plant operated by the Nobeoka Power Supply Dept. in the Energy Division of Asahi Kasei Chemicals Corporation and are expected to go into operation in July 2012. The facilities will burn a fuel containing at least 60% wood biomass in terms of calories. This means that 100,000 tons of wood biomass will be consumed per year.

The project is considering the use of woodchips derived from forests in the Gokase River watershed area as the wood biomass fuel. Woodchips are produced from thinned wood, branches and leaves that cannot be used as lumber in forest management. The project envisions using these effectively as fuel.

The productive use of woodchips will encourage thinning and help improve the forests. Ecosystems in forests are therefore expected to be restored and biodiversity preserved. This will stimulate the declining forestry industry and contribute to social welfare in the region.

2. Characteristics of the research area

Forests in Nobeoka, Miyazaki Prefecture and in the Gokase River watershed area in Japan

The Gokase River watershed area is located where a line of mountains that stretches southwest to northeast across the southern part of Kyushu meets the flat coastline between the two cities of Miyazaki and Hyuga. The east coast is so close to mountains that it has a sawtooth shape. Part of the Kyushu Mountains, which form a ridge on the island of Kyushu, lies to the west and north of the watershed area.

The Gokase River starts in the Kyushu Mountains and flows eastward, the Hori River originates in Mt. Okue, and the Kita River flows southward from Oita Prefecture. The three rivers merge at the estuary and flow into the Hyuga-nada Sea.

The climate in the area is warm and wet. These characteristics are typically seen in the southern part of Japan. The Kuroshio Current keeps the region warm in winter. The average annual temperature is around 16°C. There is barely any snowfall in the plain throughout the year. The area is pluvial and humid, with annual average precipitation of over 2,300 mm and average humidity of around 70%. Even so, the region enjoys more than 2,100 hours of sunshine a year, as there are long periods of sunshine even in winter.

The Gokase River watershed area has artificially planted cedar and cypress forests as well as deciduous broad-leaved forests composed chiefly of beech on the plain and mountains in the altitude range of 0-1,500 meters. Nearly half the forests are manmade.

Large animals living in these forests include deer and boars. However, there are no carnivorous animals that catch and eat them, and these days they increasingly do damage to agricultural products and forest.

The city of Nobeoka has a population of 130,000. With its strong chemical industry for textiles, food and other products, it has developed into the leading industrial city in Miyazaki Prefecture. The 2008 industrial statistics confirmed that the city had 255 factories with at least four employees, 9,350 workers were under their employment and product shipments amounted to approximately 314.8 billion yen as of 2008.

The city’s urban district extends 13.4 km north-south and 7.0 km east-west. Its central district has land lots for commercial and industrial use and the residential districts are around it.

The Gokase River system flows through the city of Nobeoka and the surrounding area is used as farmland. However, the farmed area is gradually shrinking and the area of abandoned farmland is growing. Forests cover 84% of the area administered by the Nobeoka City government and a large majority, 78%, is under private ownership.

Since the city is located on the sea, there is also a fishing industry.

d. Characteristics in terms of economy and production relationship (including agriculture, forestry, fisheries and practices)

However, Japan’s lumber production is sliding after a recent growth of lumber imports, resulting in an inability to implement sufficient forest management. Thinned wood and trimmed branches and leaves are left lying in forests, so that the forests are no longer in as sound condition as in the past.  Not under proper human management, they are now in a state of disrepair. 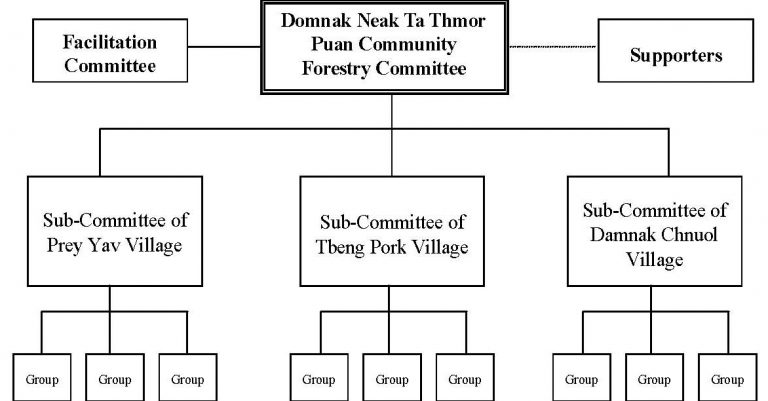 Under these circumstances, those engaged in the forestry industry are declining, as is the industry itself. In the Gokase River watershed area, increasing amounts of forest are left with necessary thinning delayed or without cutting for cultivation.

Even in those forests where thinning and other activities take place, the cut-down wood is often left untransported since it would be costly to carry it out of the forests. There is concern that this may impede shrub growth.

No regular logging takes place in secondary forests of broadleaf trees since firewood and charcoal demand almost vanished. These forests are crowded with trees and the trees are increasingly aged. Tree damage caused by certain insects is beginning to emerge.

Farming is facing harsh circumstances. Agricultural product prices are slumping. Existing farmers are aging and the young farming workforce is in short supply. Amid globalization, competition among domestic and overseas production centers is intensifying. The city of Nobeoka also sees its farmers and agricultural production decreasing. 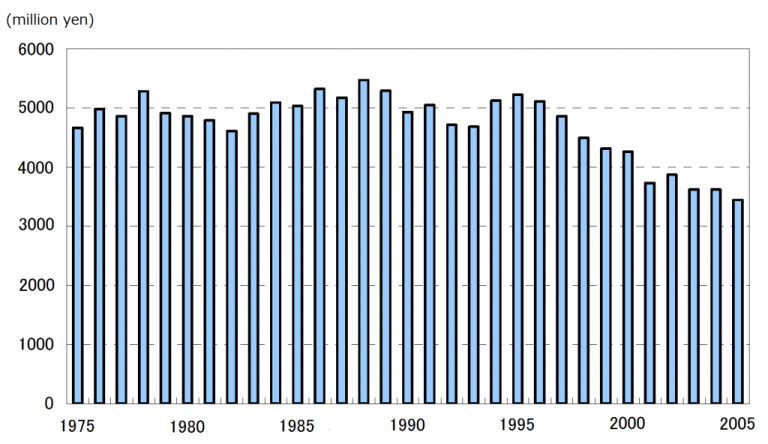 3. Characteristics of implementation and the system and their contribution to biodiversity and social welfare

a. Characteristics of implementation and the system of the Satoyama Initiative from five perspectives

If thinned wood generated from forest management is used in the biomass power generation facilities as fuel, the thinned wood, branches and leaves left in forests will be removed and the forests will return to the managed state.  This means that rundown forests will again be under human management, incidence of sunlight and growth of underbrush will be restored and biodiversity will be preserved.

The power generation facilities are expected to consume 100,000 tons of biomass fuel per year. The project considers using thinned wood, branches and leaves generated by managing the forests in Nobeoka and neighboring areas as part of the fuel consumed to the extent that does not exceed the environmental limit and retains the natural restoration capability.

By securing an entity that undertakes treating the thinned wood that had to be abandoned in the forests and ensuring that it will be used as fuel for the power generation facilities, it is possible to build a market of wood biomass fuel in the local community and stimulate the forestry industry. This will create jobs and help stabilize and improve livelihoods, and the project will contribute to social welfare.

At the heart of these biomass power generation facilities, the forestry associations in Nobeoka, Hinokage-cho, Takachiho-cho, Gokase-cho and other nearby areas will work together to construct a system for cyclic use of natural resources.

b. Benefits brought to biodiversity and social welfare

Forest thinning as a means of forest management is considered to help preserve biodiversity. This effect will be checked by assessing the ecosystems before and after actual thinning.

The project will also make clear the effect of preserving biodiversity produced by different methods of forest management in order to study what approach is economically efficient and effective for biodiversity preservation.

c. Problems and actions to address them

It is desirable that the price of wood biomass to be utilized as fuel for the power generation facilities is equivalent on calorie basis to that of coal. Lowering the price to attain economic viability poses a big challenge.

Nobeoka City and Asahi Kasei are carrying out a joint study to develop a system for supplying more cost-effective wood biomass and other fuels with the Miyazaki Prefectural Government and local forestry associations.

The biomass power generation facilities (see Figure 3) are currently under construction. They are designed to have a power generation capacity of 14,000 kW. According to the plan, their fuel will contain at least 60% wood biomass on a calorie basis. This means that 100,000 tons of woodchips will be consumed per year.

Wood materials that cannot be used as lumber or pulp for papermaking are used as fuel in power plants. These include thinned wood, wood waste, branches, leaves and bark.

Forest thinning remnants, branches and leaves undergo the process illustrated in Figure 4 before they serve as fuel for power plants.

The costs incurred in the process for using woodchips as fuel consist first of cutting and collecting forestry resources; second, transporting them from mountains to the woodchip factory; third, processing them into woodchips; and fourth, transporting resulting woodchips to the power plant.

With the current price of wood biomass, this process is not economically viable. This problem must be addressed. 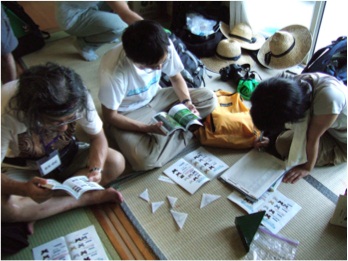 Figure 4: Process for use of forestry resources as power plant fuel

Forests of cedar and cypress trees are found in mountainous areas and cutting work must be done on steep slopes. It is therefore difficult to bring in machinery. Transport of wood that has been cut down is also challenging.

Figure 5 displays clear cutting, showing that the work is done on a steep mountain. Figure 6 suggests that a road needs to be constructed for transport and that cutting is quite difficult without one. 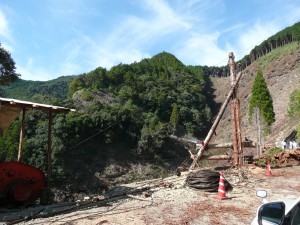 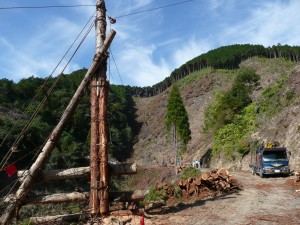 Firstly, the system for processing thinned wood into woodchips and supplying these to the biomass power generation facilities will be put into actual operation in an attempt to identify what problems are involved.

– This trial is aimed at identifying problems with quality, costs and physical and commercial distribution by procuring wood biomass fuels from the Gokase River watershed area and carrying out trial combustion in existing power generation facilities.

– This trial will be run at a certain scale for a period of one year from September 2011 to August 2012.

–  Problems will be identified and organized mainly in the aspects of quality, distribution and cost by actually operating the system.

– A sense of unity will be developed by sharing the awareness of identified problems among Asahi Kasei, Nobeoka City and forestry associations. A foundation will be created for collaboratively working out an idea for reducing the cost to the level of coal.

Utilization of thinned wood and other forestry resources in the biomass power generation facilities will push ahead with forest management and help preserve biodiversity in the forests in the Gokase River watershed area.

Without thinning, no light enters into forests and underbrush and shrubs do not grow. This results in an analogous ecosystem and impairs biological diversity. Utilization and thinning of trees disrupts the ecosystems in secondary forests. Groves of trees and grass grow in mosaic forms to allow a wide variety of creatures to live there. On the other hand, absence of utilization creates a homogenous ecosystem. Intrusion of bamboo into woodland also causes a loss of diverse ecosystems.

Utilization of wood biomass fuel in power generation facilities is expected to boost thinning and preserve biodiversity. The project also considers evaluating the ecosystems before and after thinning to confirm whether biodiversity can be maintained by introducing an economically viable thinning approach.

Nobeoka City and Asahi Kasei are also studying a forest managing method in consideration for biodiversity.

A study is currently underway for, in collaboration with Nobeoka City, Asahi Kasei and forestry associations, building a system centered on the biomass power generation facilities that will encourage sustainable utilization of forestry resources to benefit the economy and the preservation of biodiversity.

A verification trial is being carried out to identify what in the processes of thinning, transport and processing into woodchips is responsible for the high cost, with a view to reducing the cost of wood chips. The project is advancing its investigation in an attempt to procure wood biomass fuel derived from forests concurrently with the system inauguration in July 2012.