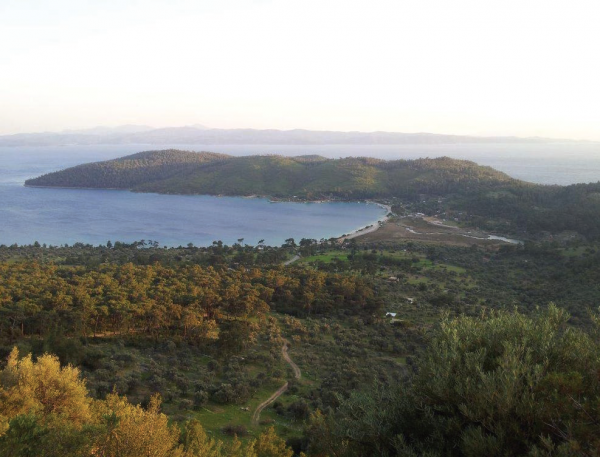 The target landscape for the COMDEKS Project in Turkey is the Datça-Bozburun peninsula, located in Muğla province in the southwest of Turkey. The Datça-Bozburun peninsula is recognized as a Key Biodiversity Area as it represents one of the most pristine Mediterranean lowland forest and coastal landscapes. The target landscape spans 247,700 ha and includes Datça and Bozburun peninsulas and their surroundings, with a northward extension covering the rich marine habitats of Gökova Bay. It is a diverse, hilly landscape with harbors and bays along its coasts. The steep cliffs prevent the expansion of the road network to some extent and provide suitable patches of habitat for wildlife.

About 90 percent of the Datça-Bozburun peninsula is protected under several natural parks, wildlife reserves, natural and archeological sites, as well as six no-fishing zones and two Special Environmental Protection Areas (Gökova SEPA and Datca-Bozburun Peninsula SEPA). Because of these protection efforts as well as the maintenance of traditional practices, the Datça-Bozburun Peninsula has preserved a healthy human-nature relationship and landscape resilience. However, due to increasing tourism and residential development, traditional practices are increasingly being abandoned; human attachment to nature is progressively weakening, resulting in degradation of the landscape and loss of heterogeneity, despite the protected status and management efforts by the state.

Additionally, the Datça-Bozburun peninsula encompasses an exceptionally valuable marine and coastal area that is an important nursing ground for several marine species and a source of rare fauna, including the Mediterranean monk seal (Monachus monachus), the loggerhead sea turtle (Caretta caretta) and the Sandbar shark (Carcharhinus plumbeus). On this basis, a 2,300-ha section of Gokova Bay has been designated as a Marine Protected Area.

The population of the target landscape exceeds 100,000 people, with high population growth due to significant migration into the area. Household income for residents of Datça-Bozburun is moderate and literacy is low. The majority of the population still depends on natural resources for their livelihoods. Today, local communities of the peninsula earn their living mainly through fishing, tourism and agriculture. Poverty and food security issues are minimal in the target landscape.

The heterogeneity of the area’s agricultural habitat is high, due to the typological, climatic, historical and cultural characteristics of the region. The warm climate, along with varying soil quality and moderate precipitation have enabled people to produce crops such as barley, almonds and olives that can thrive in modest conditions. Almonds and olives are generally produced under rain-fed conditions, based on traditional practices, often involving steep hillside terraces. This makes traditional farming an important livelihood activity for the local community.

Other commodities that contribute to local economy are wild herbs that are harvested for local markets, bee farms and fisheries. In the area, there are also efforts to cultivate salvia and oregano in order to prevent over exploitation of wild stocks. Bee-keeping is locally practiced and is now expanding into forest and grazing lands. Fishing is a major source of income for many families in the region, with women being active in the trade. Indeed, the Datça-Bozburun peninsula has the highest population of “fisherwomen” in Turkey—approximately 200 women actively fishing.

Ownership of almost all forested land belongs to the state and is managed by state authorities. Locals are free to benefit from the wood and non-timber forest products within the legal limits set by the national legislation. Locals have all the ownership and tenure rights of their own agricultural or residential land except in the situations where their land falls into protected area boundaries. There, associated legislation comes into play and land owners are free to manage the land as the protection status allows.

Many of the most imminent threats on the Mediterranean coast seem to appear on the Datça-Bozburun peninsula. Local traditional livelihoods are now subject to strong pressures from tourism, seasonal migration and residential development, despite the desire and potential for nature-friendly development by the local residents. Seasonal population fluctuation is high (the population increases about fivefold in the summer) due to secondary settlements and tourism. This puts additional pressure on the scarce water resources and infrastructure, which, in turn, increase pollution and cause destruction of sensitive habitats.

Attachment to the landscape by area inhabitants weakens day by day as traditional practices, which ensured the heterogeneity of the landscape for centuries, are abandoned and lands are sold to tourism developers for a handsome price. An important factor contributing to the local loss of attachment to place is the feeling by local stakeholders that they are not part of the decision-making process or management of the local protected areas, which cover a considerable portion of the peninsula.

As a result of these increasing development pressures and accompanying habitat destruction in local land and marine ecosystems, the rate of degradation of the landscape is increasing. The most troubling manifestations of this degradation are loss of local agricultural products such as fig and mastic, abandonment of traditional fishing/diving practices for higher profit activities, destruction of valuable forests, and decreasing wildlife populations. Studies also show that, despite their protected status, the population of vulnerable Mediterranean species continues to decline. 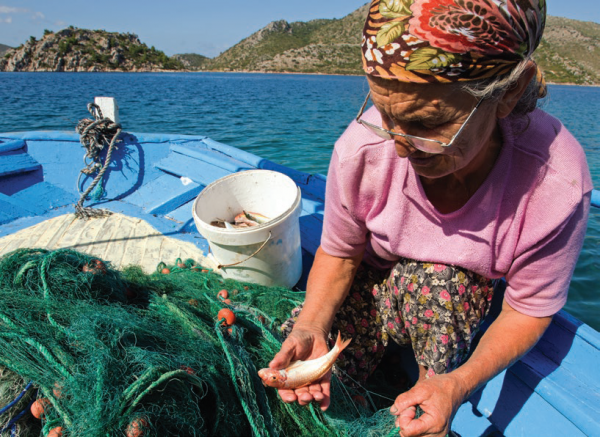 In addition, recent changes in national laws regarding protected area management, as well as reorganization of administrative structures in charge of protection, have some troubling implications for the area’s parks and protected areas. Datça-Bozburun is among several protected areas that face the loss of their valuable protected status, which to date has limited threats to the landscape.

The consultative process undertaken for the development of the COMDEKS Country Programme Landscape Strategy for Turkey brought together 42 key stakeholder representatives, including cooperatives and unions of farmers; fishermen; hotel owners and tourism operators; local residents; state authorities responsible for conservation and management of natural resources such as forests, water, protected areas, and agriculture; and municipalities and city councils. Also included were local and national NGOs working on nature conservation and agro-biodiversity, cycling, marine protection and underwater research, culture, art and sports, and academics.

The baseline assessment of the landscape situation was based on a) an interactive mapping exercise, b) a scorecard aimed at piloting the Resilience Indicators developed by the United Nations University and Bioversity International, and c) a problem tree analysis, which was based on the discussions that took place during the baseline assessment process. During the baseline assessment workshop, participants were asked to mark important assets, values, threats and conflict areas on a map of the proposed landscape. The resulting map not only provided valuable information on the key characteristics of the area, but also underlined the sensitive areas of interest, problems, opportunities and threats.

The results from the scorecard exercise revealed that all stakeholders shared similar views on two main themes: agro-biodiversity and knowledge, and learning and innovation. Although the agricultural biodiversity theme received a high score, suggesting generally a good performance of the landscape under this theme, participants were wary about the threats and the negative trends upon the agriculture sector in the target landscape.

Highest divergence in the views appeared under the ecosystems protection theme, indicating that it is one of the most controversial issues in the area. However, despite their differences in scoring, the majority of participants agreed that, given the size of the designated protected area, which is relatively large, the score should have been higher overall.

The baseline assessment clearly indicates that the resilience of the Datça-Bozburun landscape is quite good compared to other similar landscapes in Turkey. However, according to the participants, the landscape is now under severe threat, which has already started to negatively affect the landscape’s resilience and provision of ecosystem services. This was a key reason for selecting the area as the target landscape.

Input from the baseline assessment workshop informed the design of the COMDEKS Country Programme Landscape Strategy for Turkey, a comprehensive document that profiles the target landscape and its challenges, lists expected goals and outcomes, and outlines key measure and strategies for community-based actions. Table T-1 shows the four Landscape Outcomes the strategy is expected to produce, as well as the performance indicators that will be used to measure these outcomes.

For guidance, the Landscape Strategy provides examples of the kinds of local projects needed for each outcome: 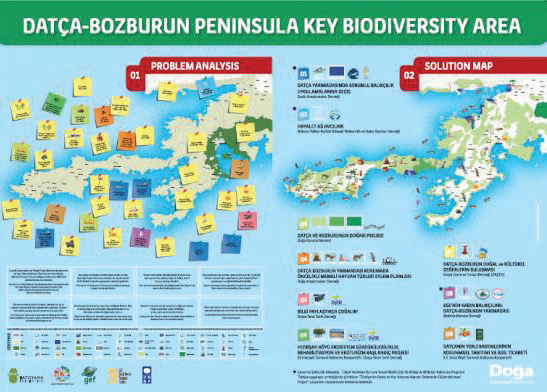 To date, the COMDEKS Turkey Country Strategy has a portfolio of nine local projects, supported by small grants of US$10,000 to $38,000 to local CBOs and NGOs (see Table T-2): 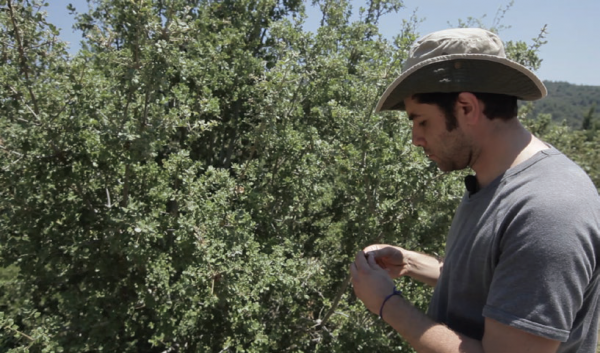 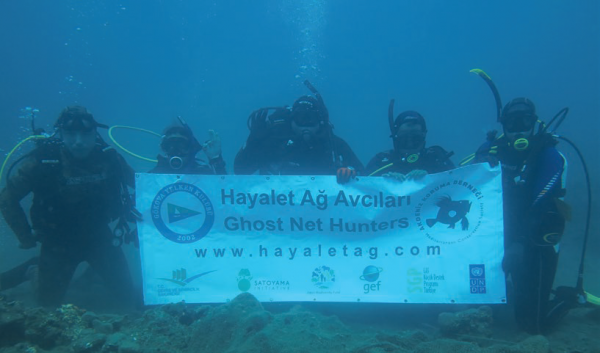 “Many of us had been thinking that projects do not count for much, and we were questioning whether what we were doing made sense for nature and man. However, the COMDEKS approach was different. By letting us approach the problems from various angles it helped us believe that what we were doing was more effective and would create an impact. Local communities learned many things in this regard too; they realized they could count on themselves. Also, during the implementation process, exchanges between projects and activities and local communities were very strong, because the program encouraged us to look at the land, the sea, and even a single tree and consider them all. COMDEKS embraced us all under its comprehensive, holistic approach.”

The COMDEKS project portfolio in Turkey has worked extensively on two fronts within the target landscape. In the marine environment, progress has been made in pressing the case for cutting back on illegal fishing within protected waters, publicly rewarding fishers and restaurant owners who only deal in sustainably caught fish. Local physical hazards of ghost nets have also decreased. At the same time, the low social profile of women fishers in the Datça-Bozburun area has begun to be addressed. On the terrestrial side, the portfolio has contributed to conservation efforts both through its scientific work and its advocacy for management of local mammal species, while at the same time working to safeguard the traditional land use mosaic by strengthening the income profile of local almond producers and creating opportunities for cultural tourism. To tie these two different fronts of activity together, the program has taken pains to create opportunities—through events, publications, video programs, and school programs, for the public to find out about local projects and to see how they relate to each other. In the process, a peninsula-wide network is starting to form that can begin to approach present and future work at a landscape level. This network is already having an influence on the management of designated protected areas in the region. From a public policy standpoint, the scientific data, analyses, conservation assessments and knowledge products produced as part of COMDEKS activities have begun to have an effect at the landscape level, influencing the recent release of a Datça development plan and changing the level of public discussion of the plan.

Knowledge management and public information exchange—through local programs, publications, and conferences—is essential to the development of a landscape-wide sense of identify and ownership among local communities, students, and policymakers. Only when community members understand their local assets and the benefits associated with them, and make the connection between local action and the preservation of these benefits, will landscape projects become widely accepted and sustainable. Public communication plays an essential role in making this connection, as shown by the effectiveness of the publications and outreach efforts in the Datça-Bozburun area.