Cambodia is a country being rich in natural resources, especially forests that cover 59.09 percent of the country (FAO, 2010). Agriculture plays an important role in Cambodia, with more than 70 percent of population is engaging in agriculture sector, especially in paddy rice farming. The farming systems in Cambodia are mainly subsistence oriented, low input and depend mainly on rain water except in the well managed irrigation system areas. 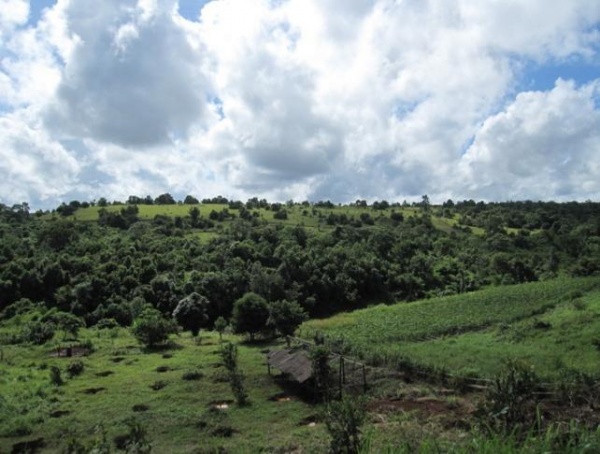 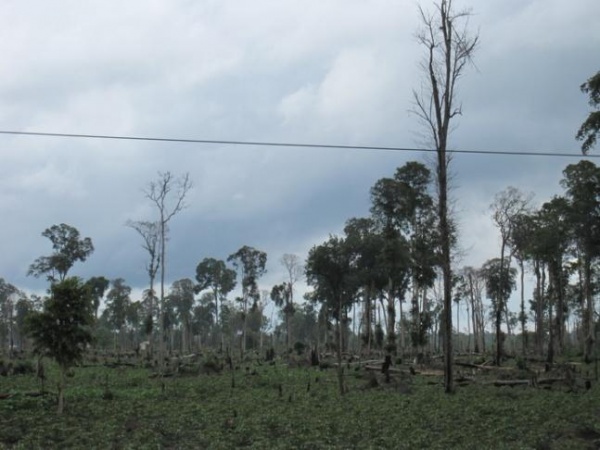 Eighty-five percent of Cambodia’s population relies on a fragile balance of agriculture, fisheries and forest products, mostly for subsistence (UNDP, 2010). The degradation of natural resources has strong influence to local people’s livelihood. Forests are indispensable not only for environment, but also for Cambodians livelihoods, especially in rural areas. However, forest resources in Cambodia are under severe threat with illegal logging, land encroachment, land concession and so on.

For tackling with this situation, Institute of Environment Rehabilitation and Conservation (ERECON), under the financial support of MITSUI & Co., Ltd. Environment Fund, has been conducting ‘Program on Promoting Sustainable Use of Natural Resources through Restoring and Conserving Satoyama in Cambodia’ since October, 2010 under the collaboration of Ministry of Environment (MoE), Cambodia, Royal University of Agriculture (RUA), Cambodia and United Nations University-Institute of Advanced Studies (UNU-IAS). This program aims to restore and conserve Satoyama landscapes for promoting sustainable use and management of natural resources under the collaboration with local communities, elementary schools, local governments and related organizations. The final goal of this program is to enhance sustainable use of natural resources at three provinces in Cambodia.

Fig. 1 Location and landscapes of the program areas

The Satoyama concept is conserving and revitalizing landscapes and seascapes created through long-term human-nature interactions around production activities such as agriculture, forestry and fishery that are socially and ecologically sound. The concept is supporting human well-being and biodiversity.

For archiving the aims of the program, several activities such as workshops, trainings, seminars, and symposium as well as reforestation activities were conducted in Kampong Cham, Battambang and Mondulkiri Provinces during 3 years of the program period. 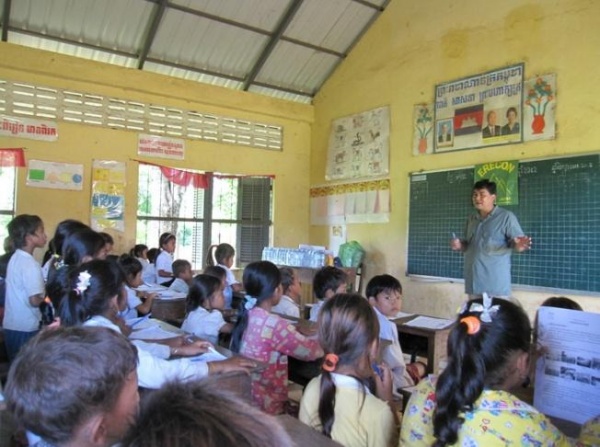 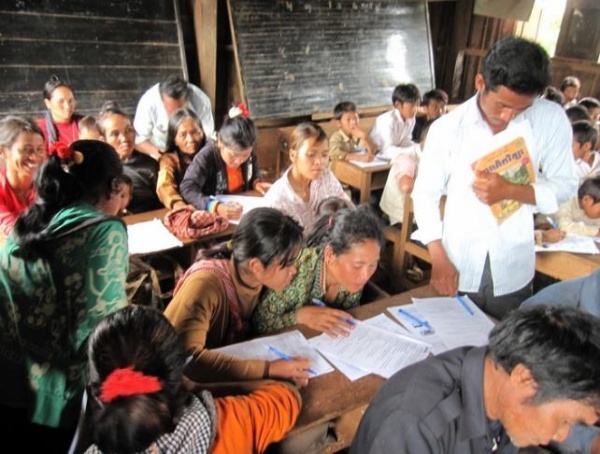 Besides conducted workshops, in order to enhance knowledge and awareness on natural resource in their communities, the leader training of natural resources survey at community level and tree nursery management was conducted at Royal University of Agriculture (RUA), Cambodia.

The results of the surveys revealed that in the program areas, forest cover ranged widely from plentifully in Mondulkiri to moderately in Battambang and rarely in Kampong Cham. Forest resources have high influence for villagers’ livelihood, especially in Mondulkiri that villagers conduct slash and burn farming practice with low input and depend mainly on rain-fed. From this practice, upland rice products in this area are insufficient for household consumption. Villagers’ main income was generated through non timber forest products, especially wood resins and wild honey.

In Battambang Province, moderately forest areas still exist. Main source of villagers’ income comes from agricultural products such as mung bean, corn, orange and mango. In order to maintain certain quantity and quality of their products, villagers apply agro-chemicals in their farmlands. This practice tends to damage soils and water environment.

In Kampong Cham province, there is no forest existing in the program area. Moreover, average size of villager’s farmland is very small at around 0.5 hectare per family. The villagers increase the diversity of trees and plants in their home garden for obtaining food, fruits, shade, construction woods, fuel woods, spices and herbs. The diversity in home garden provides food and fuel wood security for villagers. Especially in this area, without natural forest to rely on, the villagers try to imitate the diversity of natural forest in their backyard.

According to the results of natural resources survey, it was concluded that reforestation to increase biodiversity in local communities is needed. Thus, materials and knowledge for making tree nurseries were provided for villagers in the program areas. Villagers can use tree nursery as a seedlings source for reforestation activity or for growing in their home garden for increasing biodiversity in the backyard. Villagers can decide tree species that they want to grow and practice tree propagation at the nurseries. Trees from local nurseries that managed by villagers can be used to restore the degraded natural resources as well as to enhance their well-being. 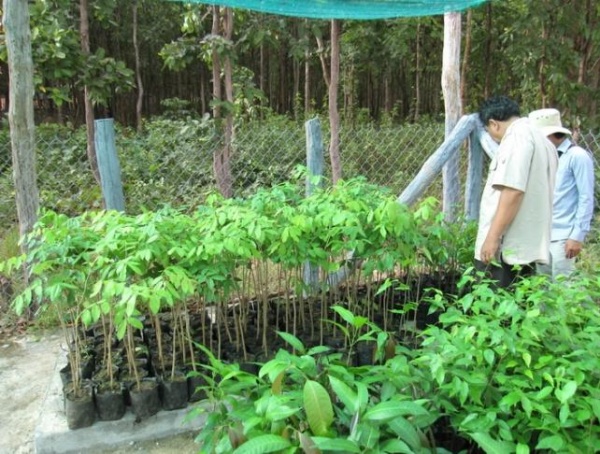 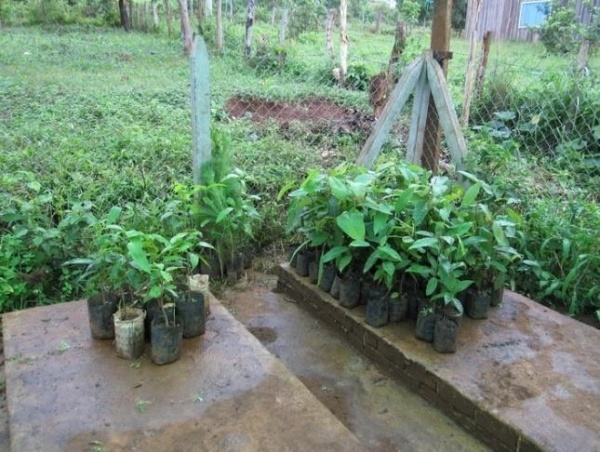 For enhancing knowledge of benefit of reforestation and seed propagation, the second leader training was conducted in RUA, in November, 2011. The participants were village leaders, villagers and school teachers from three regions who actively participated in this program. Moreover, the results of natural resources survey in three regions were presented to participants during this training. 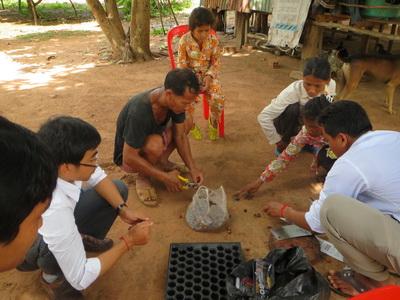 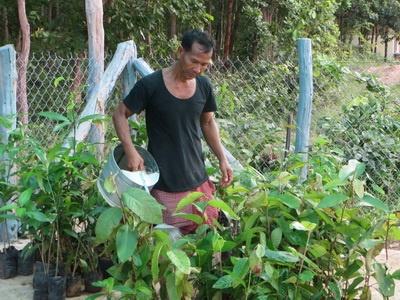 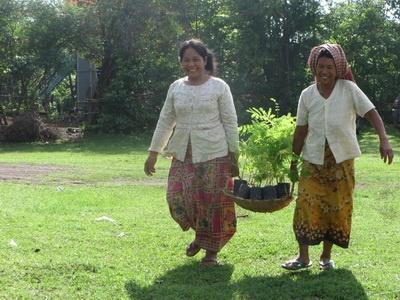 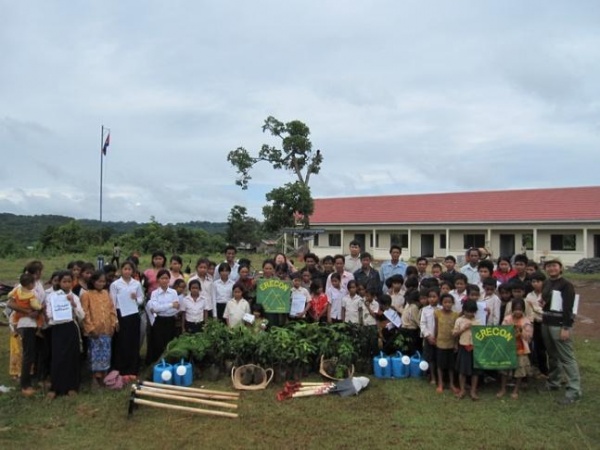 Photo 10 Reforestation at school at Mondulkiri

In July 2012, workshops and reforestation activities at 6 villages of three provinces were conducted. Besides that, school forests at 6 elementary schools were established under the support of teachers and students. Moreover, pamphlet and agricultural tools were distributed to villagers and farmers. Trees for reforestation activity in the three provinces were grown by villagers at local nurseries. The planted trees included tree for timber and fruit tree, such as, Dipterocarpus alatus, Pterocapus macrocarpus, Acacia auriculiformmis, Hopea odorata, Afzelia xylocarpa, Cassia fistula, Pinus merkusii, Delonix regia, Azadirachta indica, Mangifera indica, Eucalyptus camaldulensis and Artocarpus heterophyllus. 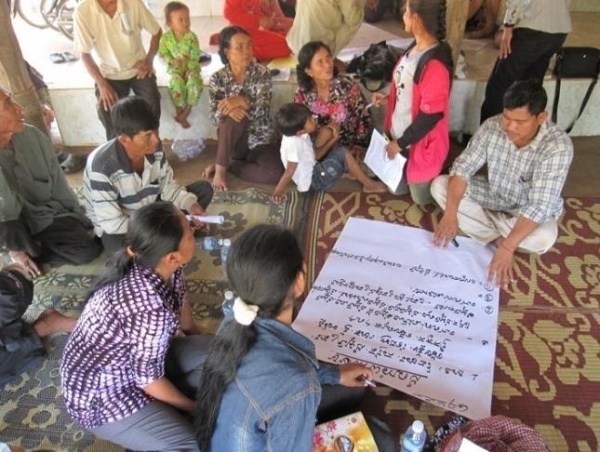 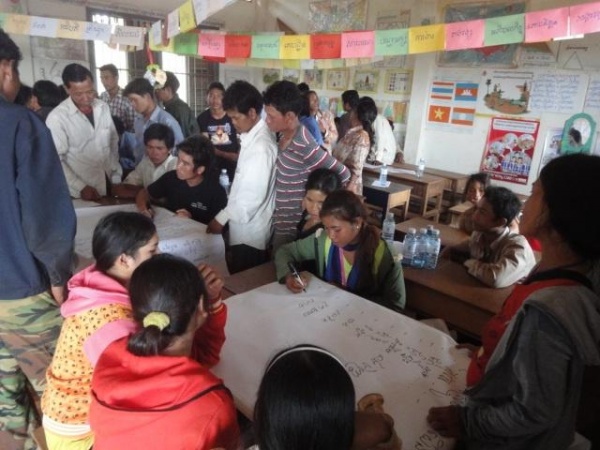 Through the workshop, the participants acknowledge the diversity of the cultivated and wild crops that they utilize. The importance of conserving agro-biodiversity was also discussed during the workshops. The results of discussion among villagers unveiled that agro-biodiversity in the program areas decreased mainly because market demand. Farmer tended to grow certain crop varieties to meet market demand. Thus, the indigenous varieties were ignored because it has low economical value.

In the last stage of program, the International Satoyama Symposium and the third leaders training were held in Phnom Penh, Cambodia on September, 2013.The symposium aimed to address the importance of conserving and restoring Satoyama landscapes in Cambodia and to disseminate knowledge and lessons learned from three years activities on ‘Program on Promoting Sustainable Use of Natural Resources through Restoring and Conserving Satoyama in Cambodia’. For further activities on conserving and restoring Satoyama landscapes in Cambodia, the open discussion based on the outcomes from several working groups were made in the symposium. 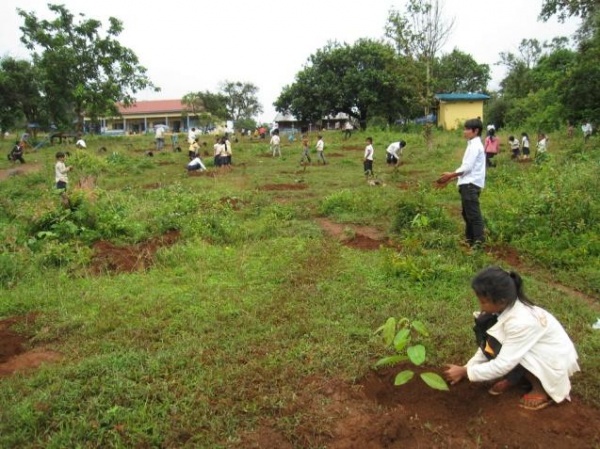 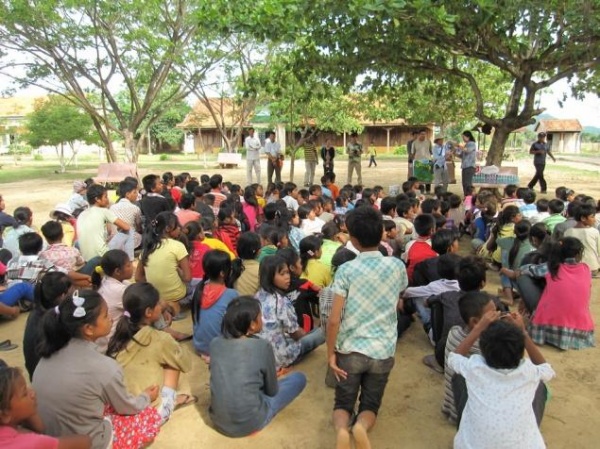 The program helped the villagers in the program areas deepen their awareness of the importance of restoring and conserving Satoyama landscapes through the workshops and seminars. Moreover, the villagers gained more knowledge about seed propagation and nursery management through the training. Reforestation activities in the villages and the elementary schools have succeeded in increasing the number of trees and biodiversity in the areas. Experiences and knowledge from this program are disseminated to raise awareness about natural resource conservation among local people in other areas.

According to the limitation of natural resources in the area, we found that the biodiversity in home garden of villagers in the area is very high. The reasons are because the villagers have small farmland area and there is no forest resource to depend on. Then, they try to assimilate the diversity of forest in their backyard for ensuring food and fuel wood security.

Due to the limited natural resources, villagers in Kampong Cham set a network of seeds sharing among villages. By sharing tree seeds, villagers can increase diversity in their village by doing reforestation and growing trees in home garden.

It can be concluded that local institutes such as school or temple has strong influence to community. It is recommended to involve the mentioned local institutes to collaborate conserving and restoring natural forest in community level.

In Mondulkiri, the area is surrounded by natural forests. To encourage villagers to grow more tree are not easy. However, school teachers and students, number of villagers that participated in reforestation activity has continued to increase. One of the constraints for conducting activity in this area is language. As main population of Mondulkiri Province is Phnong ethnic group that has their own language and some cannot understand Khmer language. Local coordinator who can understand local language and can communicate well is indispensable.

It can be observed that types of trees that villagers want to grow for reforestation are multipurpose trees and fruit trees that cannot find in forest area.

During the 3 years of implementing the program, several activities were done for restoring and conserving Satoyama landscapes in Cambodia. However, more activities should be implemented to restore and conserve Satoyama landscapes in Cambodia. Especially in Mondulkiri, agro-forestry should be introduced to prevent soil erosion as well as to decrease the intensity of slash and burn farming practices. In Battambang, low-input agricultural system should be promoted to decrease the effects of agro-chemicals on the soil and water environment. Additionally in Kampong Cham, effective utilization of natural resources should be promoted, especially focusing on the cyclic use of farm residues.

We would like to express our sincere gratitude to the MITSUI& Co., Ltd. Environment Fund for the financial support to this program as well as MoE, RUA and UNU-IAS for their collaboration in this program. In addition, we are very appreciated the support and participation of villagers in three provinces.