The Tokyo Metropolitan Government has designated approximately 37,000 square metersof the Zushi-Onoji region of Machida City where traditional land uses and agriculture of the yato area are still present as the “Zushi-Onoji Historical and Environmental Conservation Area” under a ordinance of Tokyo.Among these conservation areas, agricultural land owned by Tokyo is conserved and managed by the Machida Rekikan Kanri Kumiai (History and Environment Management Association), the local farmers’ association, using traditional methods.

Machida City, Tokyo, Japan is located approximately 30 kilometres from central Tokyo. Machida City had been an agricultural area until the mid-twentieth century; rapid residential development started in the 1970s and today it has become a bedroom town in Tokyo. The population of Machida City grew from 61,105 people in 1958 to 405,534 people in 2005, a 6.6-fold increase due to the rapid residential development in the 1970s,.

The major part of the administrative territory of Machida City is the hill area, which ranges from 27 to 363 metres in altitude. The climate of the region is warm and humid; the annual average temperature is about 14 degrees Celsius and the annual precipitation is about 1,600 millimetres.

In the northern part of Machida City, yato (valley-shaped landforms formed by the erosion of the hill) and traditional land uses such as secondary forests, rice paddies and other types of natural environments still remain. The plants and animals that have become rare in urban and suburban areas today can still be seen in this area. The animals and plants characteristic of the yato area include raptors, the umbrella species of the region (eg. northern goshawk), insects inhabiting forests, and plants that grow in rice paddies and canals.

The natural environment has been decreasing in surface due to the development of the region in the recent years. In addition, lack of adequate management has resulted in uncontrolled ecological succession and deterioration in the quality of the remaining natural environment. As a result, the animals and plants that typically used to be seen in the yato area have decreased significantly to the extent that many species are now listed in the Red Lists of threatened species at the national level (Threatened Wildlife of Japan: Red Data Book) or Tokyo level (Important Wildlife for protection in Tokyo).

Traditional land uses that suit the complex landforms have generally been carried out in the northern part of Machida City. Agricultural lands and human settlements are located on the narrow flatlands along rivers. Forests are distributed on hills that surround such areas. Particularly in the yato area, there are traditional land uses characterized by a mixture of rice paddies that use natural spring water taken from the river source, secondary forests on slopes, farmlands, and human settlements.

In agricultural lands of the yato area, rice, vegetables, and fruits are produced for human consumption as well as livestock husbandry. In forests, timber, charcoal, and compost used to be produced; however, the amount of their production has been reduced significantly in recent years.

Landforms and land use have changed as a result of the development of the hilly areas into residential areas since the 1960s in Machida City. Forests and agricultural lands, which are important habitats and nurturing grounds for wild animals, have been significantly reduced.

Moreover, due to the increased use of cheap fossil fuels and chemical fertilizers, the advantage of being able to collect fuels and compost from the nearby forests has been lost especially in the yato area, where the recycle-oriented utilization of natural resources was practiced in the past. Meanwhile, the difficulty of improving agricultural efficiency due to the narrow land and slopes, which is one of the disadvantages of the yato area, has become apparent. Therefore, the area is regarded as low-valued for land use, and development and abandoned management have been increasing.

2.3 Regional Plans and Other Measures toward Resolution of the Above Problems

One of the policies of the “Machida City Environmental Master Plan”, prepared in 2002, is to conserve and restore the natural, historical, and cultural environment. The City is working on the conservation and restoration of the secondary natural environment, as it is represented in the yato area, through a partnership with landowners, nonprofit organizations, volunteers, and other participants.

Meanwhile, the Tokyo Metropolitan Government has designated the area of Machida City where traditional land uses and agriculture of the yato area are still present as the “Zushi-Onoji Historical and Environmental Conservation Area” under a ordinance of Tokyo. In addition, a conservation plan concerning policies and regulations for the protection and restoration of nature to promote the conservation of the natural, historical, and cultural environment of the yato area has been prepared. 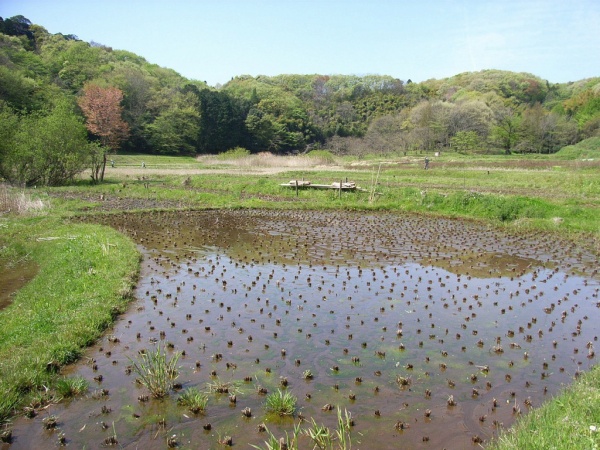 However, farmers who were affected by the national government’s policy to reduce the acreage of agricultural land lost their will to continue agricultural operations on privately owned land within the conservation area. They stopped farming practices and the remaining land deteriorated due to abandonment. Moreover, in publicly owned land within the conservation area, proper management was not implemented.

Troubled by the above-mentioned circumstances, local residents organized the Machida Rekikan Kanri Kumiai (History and Environment Management Association) (hereinafter referred to as “The Association”). They proposed that local farmers who are familiar with traditional agricultural practices should be in charge of the vegetation management of publicly owned yato areas within the conservation area.

Based on the proposal, the Tokyo Metropolitan Government commissioned the vegetation management to the Association.

The mission of the Association is to “secure biological diversity”, to “conserve yato landscapes in good condition”, and to “implement management with a focus on the conservation of the aquatic environment and water control in the upstream area”.

Main activities of the association include vegetation management (eg. mowing and raking fallen leaves), infrastructure-related work (eg. installation of signs), restoration of yato (restoration of abandoned yato areas in order to create waterside environments that provide habitats to wildlife), wildlife interventions (eg. removal of crows in order to protect the breeding and nurturing grounds of the Northern Goshawk ( Accipiter gentilis). 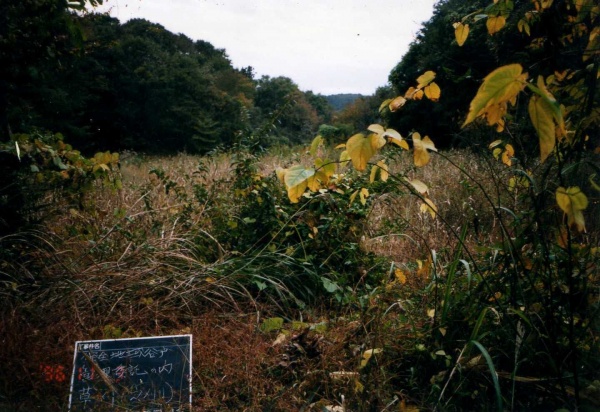 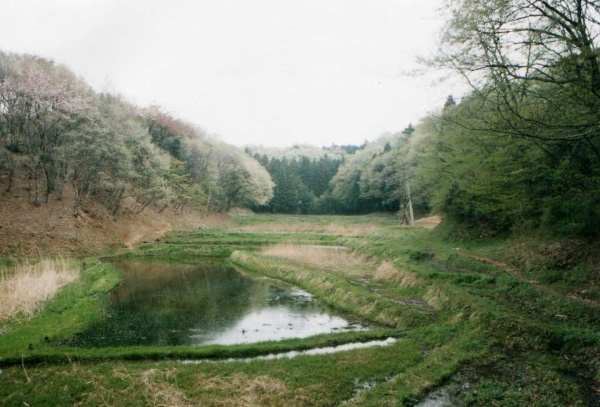 The Association which is commissioned by the Tokyo Metropolitan Government to manage the area’s vegetation fully understands the ecosystems and ecosystem services of the area and manages the area under the three policies highlighted in table 1.

Table 1. Relationship between the management policy of the Association and the value of ecosystems and ecosystem services

The Tokyo Metropolitan Government and researchers are continuing biological surveys. They assess individual survey outcomes and examine the effectiveness of the efforts through comparative progress analysis of these outcomes. Table 2 describes an example of such impacts.

Table 2. An example of positive impacts of traditional methods on the conservation of biodiversity

The Tokyo Metropolitan Government conducted an “Investigation of Methods to Manage yato in the Conservation Area” in 1995. The study compared the biota between the yato where rice paddies were maintained and the abandoned yato. It also examined traditional methods practiced by local farmers to take care of yato. The investigation found that in abandoned yato, rice paddies had changed to dry land and the environmental features became homogeneous. On the other hand, yato in which irrigated rice farming was continued had small environmental segments such as farm roads, irrigational canals, reservoirs, and levees between rice fields, and the combination of these segments with the surrounding forests resulted in a mosaic of different land uses that were associated with high biodiversity.

As a result of the reintroduction of such traditional knowledge into present-day vegetation management work, the abandoned yato has been successfully restored.

The stakeholders in this area include the Tokyo Metropolitan Government, the landowner, and the Association, the vegetation manager, as well as people from different sectors such as researchers (Liaison Committee for History and Environment Researchers) (table 3). The projects are conducted through role assignments and cooperation based on position and expertise.

Table 3. Stakeholders and role assignments of this project

Farmers who are the members of the Association feel threatened by the deteriorating natural, historical, and cultural environment of yato, which they have nurtured for many generations. They are certain and proud that they have inherited traditional wisdom and are capable of restoring the environment. They are translating these feelings into actions, successfully producing positive results.

This project is a rare example of the management of publicly owned land by local residents. Only a few examples of similar cases are to be found in Japan. In addition, this project has multi-dimensional significance, such as the inheritance and utilization of traditional knowledge of the region and the improvement of biodiversity through the reintroduction of human interventions for management purposes. Therefore, this project is attracting attention from the stakeholders living in the suburban area near a large city who face similar problems, and several prizes have been awarded to this project.

The local farmers have become more proud of their own occupation, which contributes to the conservation of the natural environment as well as the historical and cultural heritage, and the bond within the community has become stronger.

This study was carried out by the members of PREC Institute Inc., Takako Matsui, Taito Kawashima, and Takehiro Kasahara, as a part of a contract work with the Ministry of the Environment, Japan. The study is based on hearing surveys on Mr Koichi Tagoku, the director of the Machida Rekikan Kanri Kumiai, and the natural environment division of the environment department of Tokyo, as well as field surveys and literature surveys.